"I'm not just the heel of the music world. I want to be the world's heel" 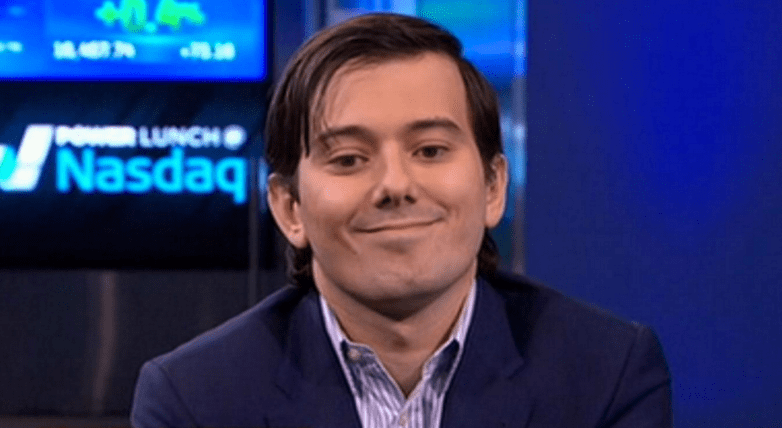 The Pharmadouche strikes again. When it was revealed that Martin Shkreli, the jack-ass pharmaceutical CEO infamous for his price-gouging of an AIDs medication, was the mysterious buyer who dropped $2 million on the one-of-a-kind Wu-Tang Clan album Once Upon A Time In Shaolin, we all let out a collective groan. When Shkreli was arrested by the FBI on ponzi scheme allegations, we rejoiced. Perhaps now the album would finally see a chance at release, even if it came because the smug scumbag had to sell it to pay off legal fees.

Well, leave it to the world’s most loathsome man to spit in our faces. During an interview for a Vice profile with Allie Conti, Shkreli had the record playing in the background. Apparently the first time he’d actually played the thing, he told Conti he “vacillates between wanting to destroy the record and dreaming of installing it in some remote place so that people have to make a spiritual quest to listen.” While the latter of those two options has at least a bit of mystique to it, either one is incredibly douchey.

And if you think Shkreli isn’t proud of that fact, you’re wrong. As he stated in the Vice piece, he actually wants the world to hate him, as if he gets a kick out of the whole thing. “I’m not just the heel of the music world,” he said, using pro-wrestling vernacular for “bad guy,” “I want to be the world’s heel.” It sucks that we’re giving in to his desires, but it’s just so easy to hate on this jerk.

Noisey later asked Conti her opinion on what she heard of Once Upon A Time. Though she noted it was mostly on as background noise during the interview, she said, “From what I heard, it was definitely better than their last album, although I wouldn’t say it’s worth $2 million necessarily. I really hope Shkreli decides to release it to the public rather than destroy it, which is something he’s mulling over right now.”

Of course, there’s still a chance that the FBI might seize the album before Shkreli can even do anything with it. He also faces 20 years in prison, a proposition he arrogantly laughs off in the Vice interview. It’s true that even if the FBI took the record, it’s just as likely no one would ever get to hear it, but that’s still better than this dick having control over it.

Update – Thursday, January 28th at 12:30 p.m. CT: Shkreli has released a diss video directed at Wu-Tang’s Ghostface Killah. Last week, Ghostface called Shkreli a “shithead” and also made fun of his nose. In response, Shkreli has threatened to remove Ghosface’s parts from Once Upon A Time In Shaolin — that is, unless he receives a written apology.

“You’re an old man—an old man that’s lost his relevance, and you’re trying to claim the spotlight from my spotlight,” Shrekli says in the video. “That’s not going to work, Ghost—Dennis. In fact, I think that if you ever say some dumb shit again, this album, this Shaolin, I’m going to erase all your shit from this album. I’m going to erase you from the record books.”

“I expect you to write me a written apology from the heart” Shrkeli. “Some contrition, some long letter where you explain your sorrow and sadness for what you’ve done.”

As mentioned in my video, I expect a written apology, @GhostfaceKillah. At least 500 words, no grammatical errors and Shaolin stays intact.