Dallas indie rockers regroup for their first album in a decade 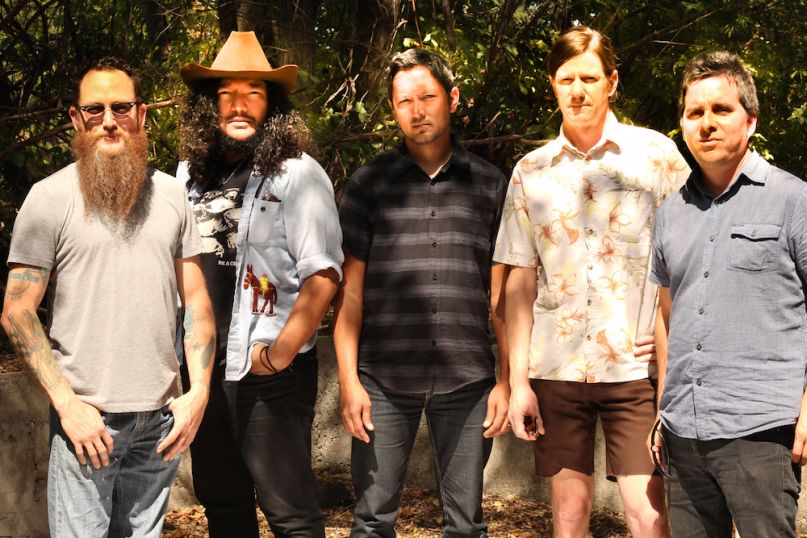 Time doesn’t heal all wounds, contrary to what the old adage says. But it certainly does wonders for a band that’s struggling with tensions and turmoil. That’s essentially the triumphant narrative behind indie rock outfit Pleasant Grove and their comeback album, The Heart Contortionists.

After sticking together for some seven years, the group decided to break up in 2006, citing personal issues. However, as time rolled on, the problems that had plagued the Dallas-based collective became a thing of the past, and soon band members were itching to rekindle their musical chemistry. “We crept up on ourselves and played a little show and the sparks flew,” Pleasant Grove’s Marcus Striplin recalled in a press release.

This revitalized, 2.0 version of Pleasant Grove regrouped and dug through old, unreleased material in hopes of finding something they could use to mark their reunion. Said Striplin of their trip down memory lane: “Bret [Egner, Pleasant Grove co-founder] and I went back and listened to those old sessions with open hearts and minds and found that we’d made a contemporary album that happened to be recorded ten years ago!”

A few months of tinkering in the studio eventually yielded The Heart Contortionists, due out through We Know Better Records. It features production from veterans John Congleton (St. Vincent, Modest Mouse) and Stuart Sikes (Loretta Lynn, White Stripes, Cat Power).

Ahead of the LP’s February 5th due date, Pleasant Grove have unboxed a chugging number titled “Disintegration (Consider Your Brother)”. The track takes a positive stance when it comes to the apocalypse, which, though unusual, makes sense for a band that’s risen from the dead with a brand new album in tow.

“‘Disintegration’ is a song about the world as we know it collapsing and surviving end times by looking positively towards the future with empathy and respect for those around you,” Egner explains to Consequence of Sound. “I like the idea of all people going home from work for the last time ever.”