The man behind records from St. Vincent, Swans, and more steps into the spotlight 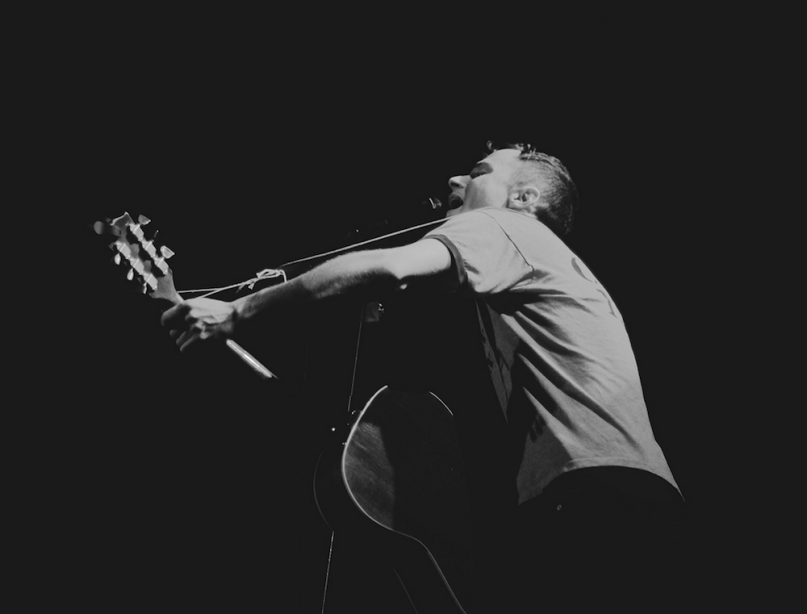 At 38 years young, John Congleton is pretty much already a legend as far as indie rock producers go, helming some of the biggest records from St. Vincent, The War on Drugs, Spoon, and Cloud Nothings. This spring, he’ll step out from behind the boards to release his own solo material in the form of new album Until the Horror Goes.

The LP, to be put out via Fat Possum under the official name John Congleton and the Nighty Nite, collects 10 tracks with titles such as “Canaries in the Coal Mine”, “Put Your Teeth In”, and “A Tale Told By An Idiot”.

According to a press release, it’s made to be “a personal response to post-modern life, asking how we live, live together and even consider happiness in the face of our personal meaninglessness, the vastness of the universe, the arbitrary and cruel nature of modern sexuality and the terrors we inflict on each other and ourselves.”

(Read: John Congleton’s Quest for the Truth in Five Records)

In advance of the record’s April 1st due date, Congleton has shared the quirky, upbeat lead single “Until It Goes”. Stream it below.

In a statement to Pitchfork, Congleton further explains the album:

“to me the human condition (the water in which my music tends to swim) is in some ways the slow realization magic does not exist. the idealizations one has as a child are chipped away by the lubrication of life; we slowly discover there is no santa claus, no salvation as we were promised. until the horror goes is in some ways the musical manifestation of that screaming child rejecting the intimacy and connection for which it cries; the endless quest for the sublime uncovering only the inane. the feeling of aloneness in the universe while connecting with everyone else feeling alone and laughing at the simple irony we all feel alone together.”

Until the Horror Goes Artwork: