Music legends will perform both together and solo 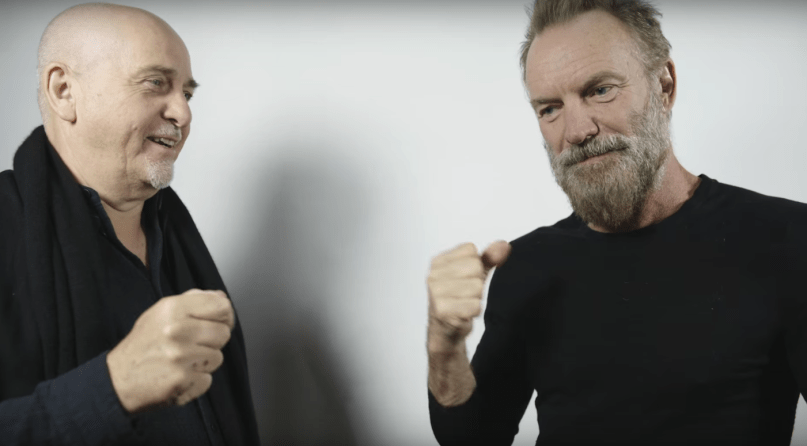 Those who’ve dreamed of seeing two of the biggest rock stars of the Eighties together on stage are in luck: Sting and Peter Gabriel are going on a joint tour. Perhaps tearing a page from Billy Joel and Elton John’s storied years on the road, the two English singer-songwriters have announced what they’re calling “The Rock Paper Scissors Tour”.

“We will start together,” Sting explains in video announcing the tour. “We’ll do two songs together, and then we’ll choose who will do a set on their own — 15, 20 minutes — and then we’ll come together again.”

That sounds economical, huh? Expect to hear lots of hits, as Sting contends, “People want to hear hits. I’ve never shied away from hits.” So, if you’re jonesing to hear “Wrapped Around Your Finger” and “Sledgehammer” in this same night, then start saving up those dollars because the tickets will be on sale starting January 25th via Live Nation.

Consult the full itinerary below, and watch the aforementioned announcement video below.