Sundance Film Review: Michael Jackson’s Journey from Motown to Off the Wall 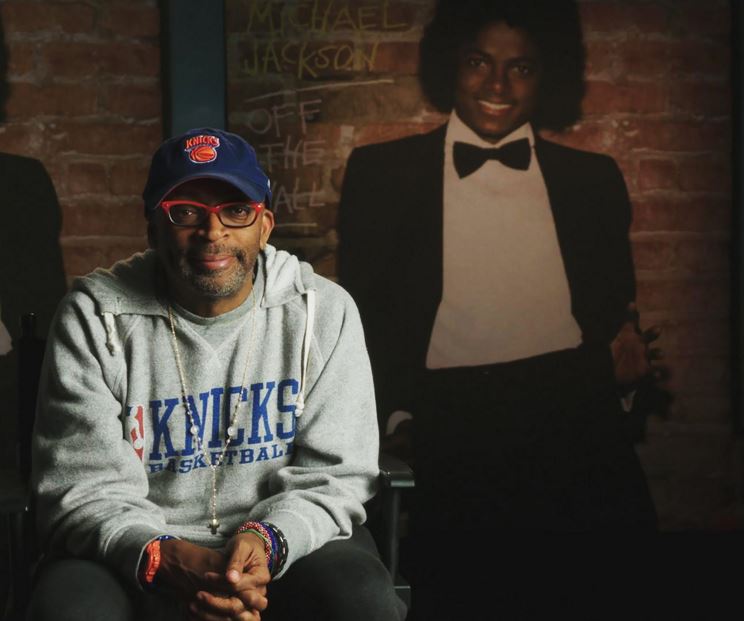 Bookmark and follow our exclusive coverage of the Sundance Film Festival 2016.

“I’ll do the old stuff for you.” That’s Michael Jackson, young, uncanny, and ready to conquer the world at age 23. He’s surrounded by his brothers amidst their blockbuster Triumph Tour, sparkling in the eyes of thousands of diehard fans. Just before he jumps into their medley of Jackson 5 material — specifically, “I Want You Back” / “ABC” / “The Love You Save” — he mulls it over, expressing his own hesitations at returning to the past, even teasing his own brethren for being just as dusty. Odds are he did this funny spiel every night that year, but it’s not like his outright reticence didn’t come from an honest place. From the get-go, Jackson always looked forward, ready to reach the next rung on the ladder — even after he was crowned the King of Pop.

Filmmaker Spike Lee isn’t interested with his pop royalty, though. He told that story four years ago with Bad 25, his star-studded documentary that celebrated the 25th anniversary of the legendary Thriller followup. (And coincided with the release of that year’s re-issue, mind you.) This time around, he’s dialing back the years for Jackson’s origin story, specifically his Journey from Motown to Off the Wall. As expected, the film is a friendly, warm, and inviting documentary that dances and shouts without ever shaking its body down to the ground. There aren’t any revelations, there aren’t any demons, and there’s zero drama. It’s simply another rolodex of talking heads — including David Byrne, speak of the devil — that want to talk about Michael Jackson.

Who could blame them? For 93 minutes, a veritable collection of industry titans and legendary stars reflect on either being involved or finding influence in Jackson’s early years. A few of the big wigs, such as Motown legend Berry Gordy, former Epic Records head Ron Alexenburg, and Philly soul masterminds Gamble and Huff, share some intriguing behind-the-scenes trivia. His mother (Katherine), father (Joe), and brother (Marlon) offer a few sunny notes, predictably eschewing any of the darkness. While today’s talent, from Mark Ronson to Kobe Bryant (!) to Misty Copeland (!!), reflects and reflects. The true MVP is arguably Questlove, who could write the definitive book on Jackson’s music likely while filming Fallon. He’s a total joy.

Once again, Lee has every performance and interview at his disposal, and he’s relentless with his scrapbooking: Top of the Pops, American Bandstand, Soul Train, The Jackson 5 cartoons, personal interviews at his California home, public interviews at Studio 54, the music videos, the live performances, and the awards shows … it’s all there. Lee attempts to shake up the documentary by jumping between the ’70s and early ’80s with the treasure trove of footage, but the story itself stays fairly linear, going from point A to point B to even a track-by-track study. It’s rote filmmaking for the auteur, and if it weren’t for his short appearance, or minor interruptions, or the inclusion of his star pals like Rosie Perez or John Leguizamo, you would never know he was involved.

Still, there’s something about Michael Jackson that insists upon personal reflections. As Bryant explains to Lee, “He opened up my eyes to another world of inspiration.” Even long before his death, he was already an enigma, a luminary that urged everyone to have a “Where Were You When…” story. Lee capitalizes on those feelings, to the point that even he’s gushing onscreen, sharing a quick anecdote revolving around The Wiz and a would-be date. None of this is surprising; anybody expecting to find something on the level of 4 Little Girls or When the Levees Broke are kidding themselves. This film’s being issued by Jackson’s own Optimum Productions and will probably be bundled with whatever Off the Wall reissue comes down the pipeline.

Because of this, Michael Jackson’s Journey from Motown to Off the Wall is a whole lotta fluff, but tasty fluff. It’s an enjoyable watch that should satiate the fans and offer an alternative for those uninterested in poring through the Internet for clips and backstories. And at a time when we’re still mourning the loss of a similar icon — ahem, the Starman himself — there’s never been a better time to wax nostalgic and celebrate the loss of our idols. Having said that, there’s still room for a broader cultural thesis on Michael Jackson and his music, one that goes way beyond the surface-level study Lee presents in this documentary. Perhaps that’ll come with the Dangerous reissue? Or, if we’re lucky, Mooky will go rogue.

Wouldn’t that be off the wall? Ooh!