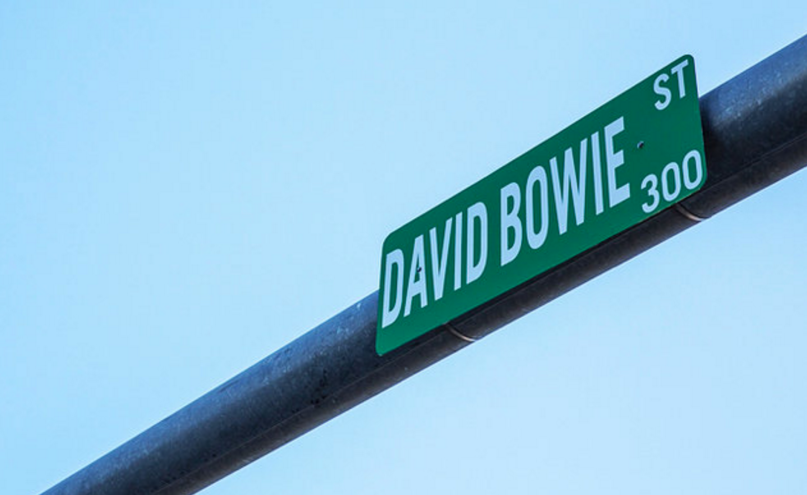 The American heroes responsible for changing an Austin, Texas street sign to read “David Bowie Street” have come forward. Roland Swenson, one of the co-founders of South by Southwest, says he and Jason Carter, owner of Austin’s Wicked Signs, placed a sticker of the music icon’s name the over the Bowie St. sign the intersection of 5th street.

Bowie St. is right across the street from SXSW’s offices. Swenson initially denied he had anything to do with the sign; however, on Friday he issued a statement admitting his involvement. “After [Bowie] passed away this week, I thought to myself ‘We’ll never have Bowie at SXSW, but we can still have David Bowie St,’” Swenson wrote.

Though Swenson’s actions could be perceived as an act of vandalism, the Austin Transportation Department has already said it will keep up the sign until next week in honor of Bowie. Speaking to KEYE TV CBS Austin, Swenson’s attorney says his client was “paying tribute to a great musician” and there was “never any intent to vandalize anything or waste any of the city’s resources.” Carter designed the sticker so that it can be peeled off with no damage to the original sign.

Swenson said he plans to file a petition to permanently rename the street. A petition on Change.org has already collected over 4,500 signatures.