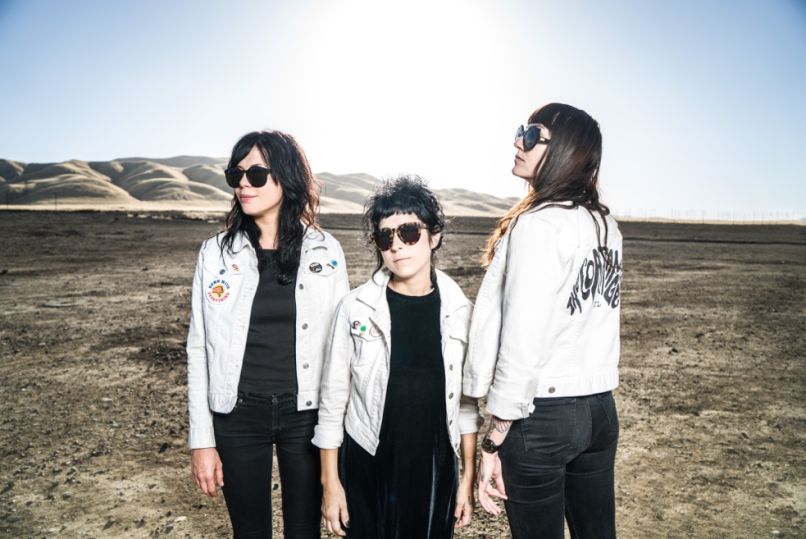 The Coathangers burst onto the national scene with 2014’s Suck My Shirt, but the loud, brash trio from Atlanta has actually been trashing stages for a full decade. The band will mark their 10-year anniversary by releasing their fifth studio album, Nosebleed Weekend, and they’ve just shared a sneak peak in the form of lead single “Make It Right”. The track picks up right where Suck My Shirt left off, with spiky garage rock guitars and a clap-along chorus that bridges the gap between power pop and no wave dissonance.

With that said, Nosebleed Weekend marks a significant shift for The Coathangers in at least one way: it’s the first album the band has recorded outside of Atlanta. They traveled to Valentine Recording Studios in North Hollywood, CA, to record with producer Nic Jodoin, booking the first session at the studio since acclaimed producer Jimmy Valentine closed shop in 1979.

Listen in to “Make It Right” below.

Nosebleed Weekend will be released on April 15th via Seattle indie label Suicide Squeeze. The band has announced several live shows around the release date, starting with a March 29th gig at Brooklyn’s Baby’s All Right where they’ll be co-headlining with Tijuana Panthers.