A pre-order bundle that may or may not be real, but is nevertheless awesome 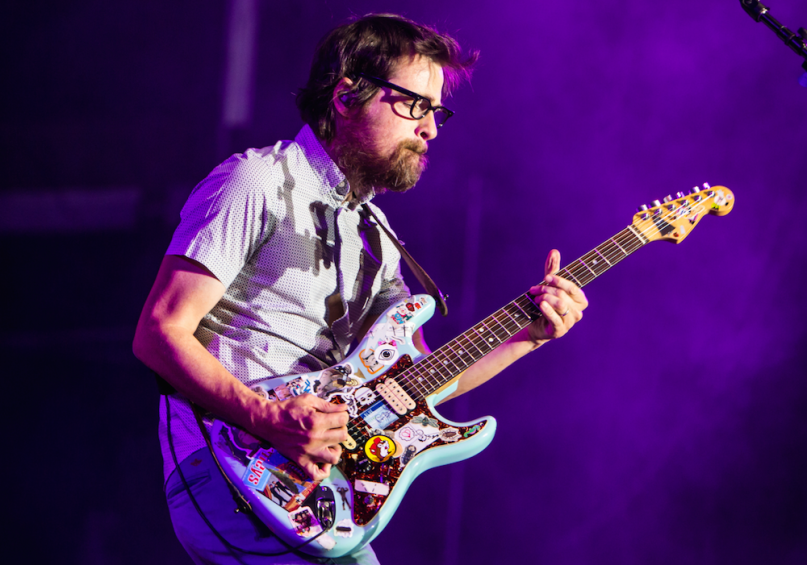 Weezer have already marked April 1st as the release date for their 10th studio LP, The White Album, as well begun offering the usual pre-order deals.

However, there’s one package in the band’s online store for the especially adventurous fanatic (or Martin Shkreli): a $25,000 ultimate “Weezer Experience Bundle” that includes a Rivers Cuomo-accompanied trip to the Galapagos.

— Once you get to the islands, you’ll go bird watching to try and find the elusive White-cheeked pintail

— Enjoy your complimentary signed copy of the album and a pair of tickets to see the band on their summer tour with Panic! At the Disco

— Finally, you’ll be named King of the World for a day

Consequence of Sound has reached out to Weezer’s reps regarding the authenticity of the bundle (I’m fairly sure one can’t take a Greyhound to the Galapagos, but what do I know!), however, we’ve yet to hear back. Even if it isn’t real, I can’t see Cuomo turning down a fan willing to spend $25,000. So yeah, it’s time to crack open that piggy bank, friends.

(Read: Ranking: Every Weezer Album From Worst To Best)

Check out the full listing below.