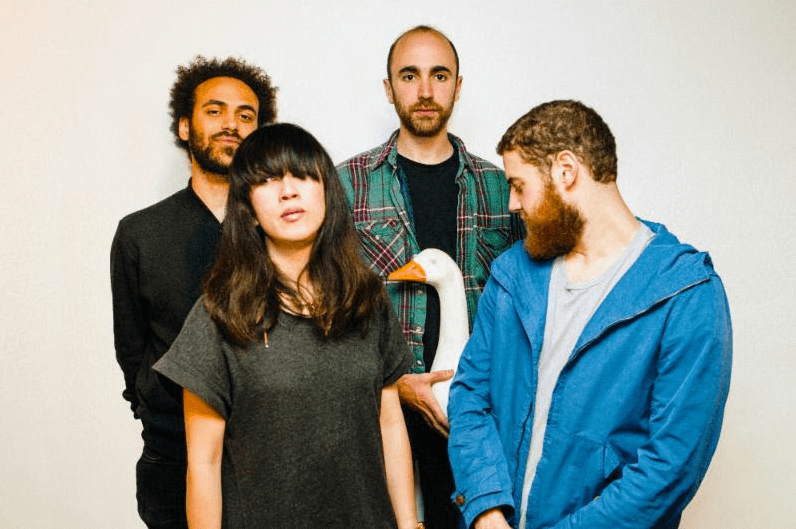 UK alt rockers Yuck are set to return with their new album, Stranger Things, on February 26th via Mamé Records. After dropping album cuts “Hearts in Motion” and “Hold Me Closer”, however, the band is going off record and delivering a cover of Fugazi’s 2001 song “Cashout”.

Appearing on Fugazi’s 2001 LP The Argument, the track is musically more subdued than the kind of distorted indie rock we’re used to from Yuck, but lyrically, singer/guitarist Max Bloom sees the connection. “The whole record is fantastic,” Bloom said of “Cashout” in a statement. “The whole record is fantastic, but this song in particular stands out for me mainly because of its lyrics and how relevant it still feels more than a decade on. I’m not sure exactly what inspired Fugazi to make this song, but I imagine I share the same anger and frustration as they do.”

To show their solidarity with the decade-and-a-half old sentiment, Bloom and the band go for a fastidiously faithful rendition, perhaps slowing down the tempo just a hair. Check out the cover below.

Pre-orders for Stranger Things are going on now via PledgeMusic. The band will be supporting the record with a North American tour this spring.