Adele performs “When We Were Young” at 2016 BRIT Awards — watch

Plus, the pop singer breaks down into tears while accepting the Global Success Award 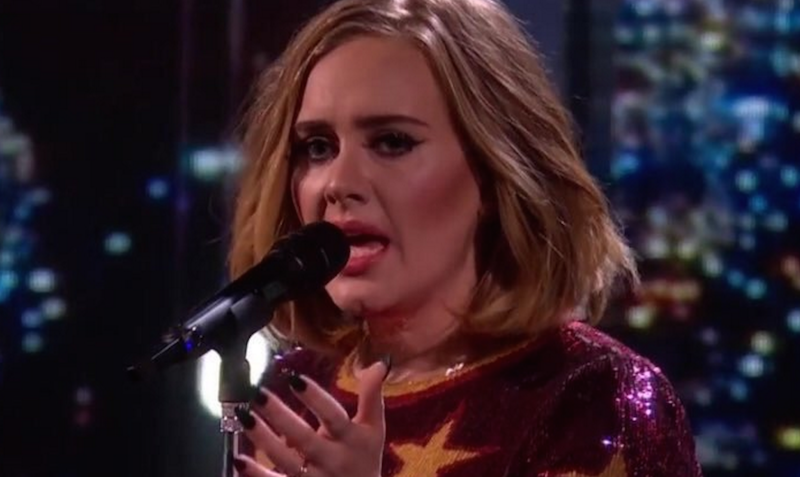 Adele’s 2016 Grammys comeback performance didn’t quite go as planned due to some unfortunate technical difficulties. However, the UK pop goddess completely redeemed herself at tonight’s BRIT Awards.

Powerful pipes on full display (and sans any microphone snafus!), Adele belted 25 standout “When We Were Young” with equal parts poignance, vigor, and grace.

Earlier in the ceremony, Adele was presented Global Success Award from astronaut Tim Peake. “My kid is going to think I’m so cool,” she joked. In thanking her fans, Adele became visibly emotional. “I got really lost for a while, I didn’t know if I’d ever come back,” she said. “For you to be so kind to me, it means so much.”

Watch videos of the performance and acceptance speech below.

Along with a solid performance, Adele also took home the big prize for British Album of the Year and Best Female Artist. In accepting the latter, she ended her speech by saying, “I’d like to take this moment to publicly say I support Kesha.”

Earlier this week, she took part in an Adele-centric episode of Ellen which involved pranking Jamba Juice and and lovely live renditions of “All I Ask” and “When We Were Young”.

Previous Story
Rihanna and Drake perform “Work” at the 2016 BRIT Awards — watch
Next Story
Gary Oldman shares David Bowie’s final words: “[Music] has been my doorway of perception and the house that I live in”
Popular
More Stories
[fu-upload-form form_layout="media" title="Submit Your Photo"][input type="hidden" name="ugc" value="1"][/fu-upload-form]