Shift your perspective with Avey, Panda, and Geologist 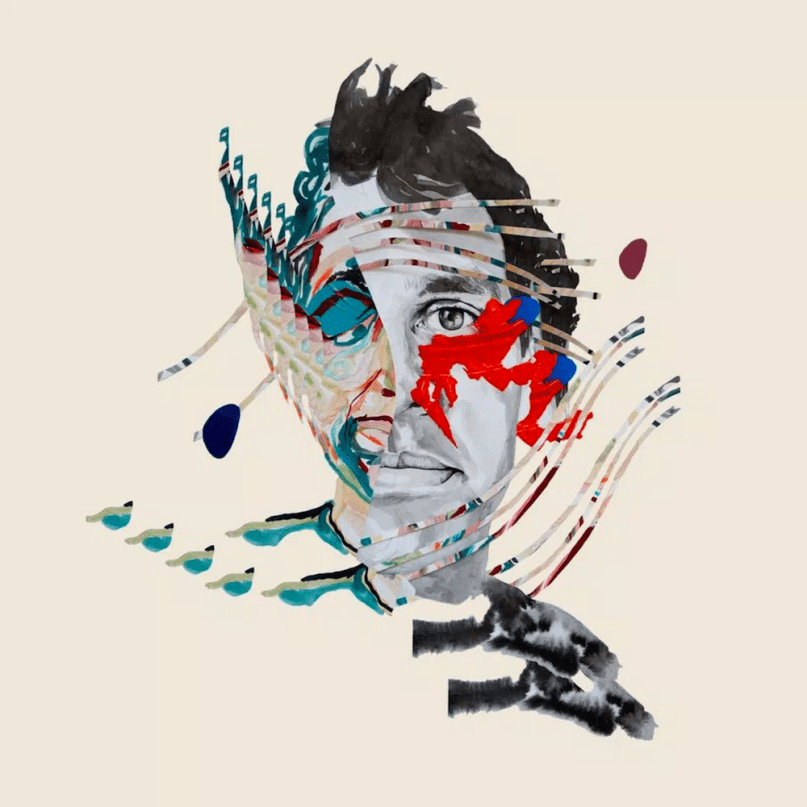 Imagine a dune buggy. No, seriously. Imagine a dune buggy traversing the world. Picture it speeding over massive intercontinental bridges and splashing upon tropical island shores. Watch it cruise through technicolor city streets at night and do doughnuts in suburban cul-de-sacs at three o’clock in the afternoon. Now, imagine that along for this ride in the dune buggy are Panda Bear, Avey Tare, and Geologist of Animal Collective in the form of bobbleheads. Run this image through your head a few times, and you’ll get a pretty solid idea what their 10th album, Painting With, sounds like.

This image is ridiculous, of course, but with Animal Collective’s wonderful brand of art pop, that’s sort of the point. Painting With was inspired by post-modern art movements like Dadaism, which celebrates its 100th anniversary this year and taught its audience to look at the world differently through its outright silliness and undeniable simplicity. Where 2012’s Centipede Hz was a massive amalgamation of samples and vocal filters that overwhelmed listeners, Painting With relies on minimal beats and textures to become instantly familiar, comfortable, and fun from the get-go. In our interview with Panda Bear (aka Noah Lennox), he expressed the band’s desire while recording to “do short songs — songs that felt primitive and crude.” In an interview with Pitchfork, Geologist (aka Brian Weitz) said that the band was “sort of returning to how [they] related to each other a long time ago,” and thankfully, they approach the joy and fearlessness of the early days. “FloriDada”, the album’s first single, has a primitive beat with roots that twist back somewhere near 2004’s Sung Tongs.

In the Pitchfork interview, Avey Tare (aka Dave Portner) said that “FloriDada” is a reaction “to the negativity and separatist attitude” that seems to be societally inherent. The song instead promotes a boundless world of togetherness and unified cultures, as well as a self-awareness that recalls the artistic movement that inspired its name (see: the bridge of the song in which Avey and Panda aspire for the creation of some great system of bridges that will connect the entire world).

This idea of togetherness doesn’t just limit itself to a lyrical theme. Throughout the album, Avey Tare and Panda Bear wrap their voices together into a call-and-response interplay. While this effect may initially disorient listeners, it becomes meditative and natural, as it did on Panda Bear’s “Boys Latin” from last year’s solo effort Panda Bear Meets the Grim Reaper. And when you begin to listen between the songs’ layers, you realize the delays sound necessary. For example, there’s an amusing challenge in attempting to isolate and sing along with Avey’s vocals on “Summing the Wretch”, and if you’ve succeeded, you’ll notice that the song turns into something completely different.

Speaking of differences, Painting With is some of the most relatively minimalistic work the band has done in years. The boys brought on Velvet Underground founding member John Cale to create the droning ooze that breathes primordial life into “Hocus Pocus”, and then it’s chopped, flipped, and morphed into a looming and friendly presence on “Vertical”. Similarly, the plate-smashingly fun violence of “Spilling Guts” is wound up tightly and springs into the slinking energy that Avey and Panda play with all the way up and down the stairs in “Summing the Wretch”. The composed, yet excited arrangement of “Bagels in Kiev” reflects Tare’s memories as a child listening to his grandfather talk about growing up in the Ukraine. As it crescendos bit-by-bit into something almost jam-worthy, so do Tare’s adult uncertainties about whether his family’s native land will even exist in a few generations. Painting With finds its most poppy and memorable moments in the bobbling and hilariously self-aware “On Delay” (given the album’s favorite vocal technique, Panda’s “So turned on by the delay” is all too appropriate) and the sappy romantic and near balladic “Golden Gal” which has the trio following up with the feminist spirit of “My Girls” and honoring the women in their lives.

All of the themes of Painting With converge to form a portrait of togetherness and encourage a shift of perspective. Panda and Avey preach on “Lying in the Grass” to “Try and approach/ The hidden picture.” Do so, and you’ll find that even in the album’s minimalism, there is plenty to enjoy and find worthwhile. Closer “Recycling” relaxes on a playful and childlike melody in which Animal Collective grow comfortable with their role 17 years into their career. Thankfully, their dune buggy doesn’t seem to be slowing down any time soon.