On her 20th album, Raitt reminds us her glory years never really went away 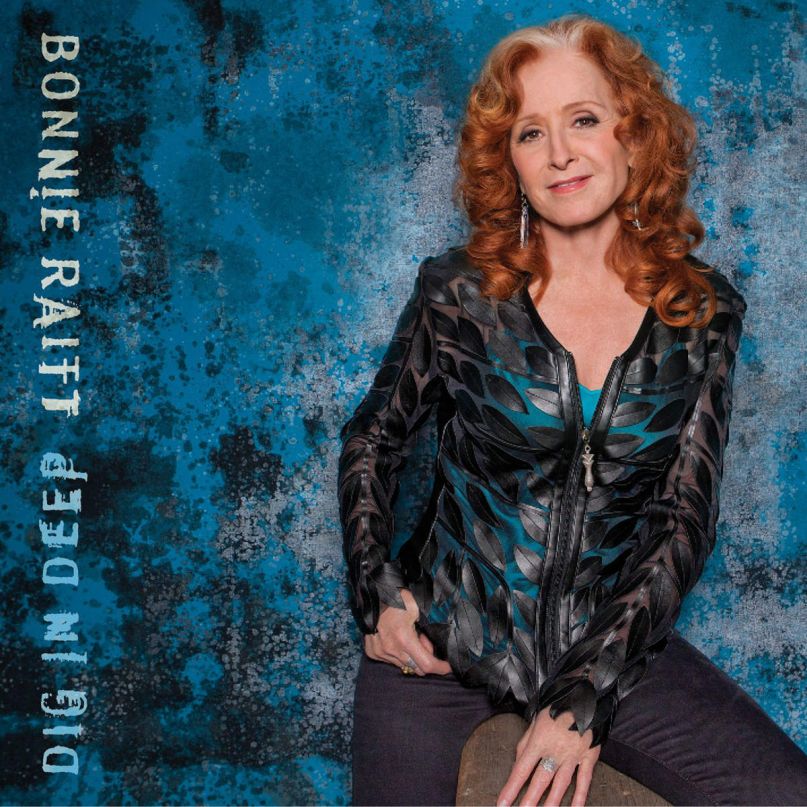 When I first read that Bonnie Raitt only wrote five of the songs on her latest record, Dig In Deep, I was bummed. I thought her 20th album was supposed to be a callback to her glory years, a reclaiming of her singer-songwriter roots. Then, when revisiting her past discography, I remembered that Raitt never wrote the majority of her songs, that she’s always been more of a gifted interpreter than a pure singer-songwriter, that the glory years never really went away in the first place.

We could talk in circles about the virtues of someone writing their own music versus a straight-up vocalist and never come to a definitive solution. The way I look at it is this: There’s nothing wrong with being a cover artist or having someone else write your tunes, but if that’s the case, you damn well better do something magical with the material. You better make it your own. You better connect so well with it that it sounds like you wrote it.

Raitt’s been doing that very thing for 45 years now, so can you blame me for thinking she once wrote most of her own songs? There’s a reason why “I Can’t Make You Love Me” has weighed down the hearts of so many listeners, and it ain’t just Bruce Hornsby’s piano either. It’s in the way Raitt sounds raspy and broken without ever losing her strength, the way she cracks on all the right moments, then builds her voice back up right before the bridge. No, she didn’t pen it, but she may as well have. The emotional TKO has as much to do with her as it does with writers Mike Reid and Allen Shamblin.

The same could be said of Dig In Deep, even if it’s more concerned with groove than trying to squeeze out as many tears and drops of cardiac sweat as possible. Raitt’s voice remains largely unchanged save for a touch more gravel, which ends up benefitting the roadhouse rumble of most of the tracks. Even a cover like “Shakin’ Shakin’ Shakes” — already beer-soaked under the musicianship of Los Lobos — becomes a full-on bar fight when kicked in the ass by Raitt and her band. The call-and-response vocals are huskier, the loud-soft dynamics are more pronounced, and, unlike the original which simply faded away at the end, the song intentionally falls apart with former Beach Boys drummer Ricky Fataar thudding away as guitarist George Marinelli spider-crawls over his frets. All the while, Raitt spars with him on her rawer bottleneck guitar.

Ever her trademark instrument, the slide serves as pulsating connective tissue to the various songs on Dig In Deep, mutating INXS’ “Need You Tonight” from nostalgic fun into something sexier than the original. Earlier on, it fills in the gaps of opener “Unintended Consequence of Love” with accents that move between grime and yearning. As preoccupied as the record is with necessary roughness — albeit of a mature and curated sort — it ends with two ballads whose strength lies in words and how Raitt is affected by them. In Joe Henry’s “You’ve Changed My Mind”, she cautiously reaches for falsetto when not sure of a relationship, then eases back into her lower register with confidence, as if cementing her commitment to a romance that’s longstanding. But closer “The Ones We Couldn’t Be” — an original written by Raitt herself — makes you wonder if it ended up lasting. With little more than a piano supporting her, the song functions as an elegiac letter apologizing for not being able to make things work. Her band, so present on the rest of the record, has packed up and gone home, leaving Raitt onstage in a ghostly spotlight to explore the double meaning of the album title. More often than not, she digs in deep sonically with her fellow players, but she digs in deep lyrically, too, making the words her own even when they’re someone else’s.

Essential Tracks: “Shakin’ Shakin’ Shakes”, “You’ve Changed My Mind”, and “The Ones We Couldn’t Be”