DIIV – Is the Is Are 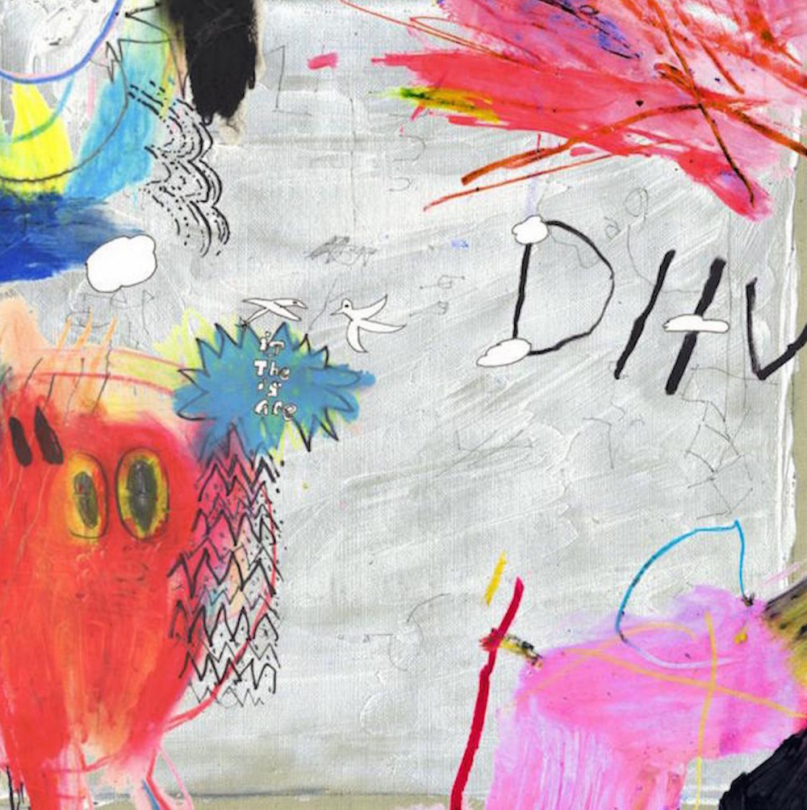 If there’s one thing Zachary Cole Smith of DIIV doesn’t suffer for, it’s a lack of ambition. The group’s debut album, Oshin, hinted at something deeper and darker than the laid-back psychedelic guitar rock of Smith’s former band, Beach Fossils (he was a touring member), but didn’t do a lot to differentiate itself. The four years since have shown that Smith puts much more weight in his music than his listeners do, to often outlandish levels (an infamous 2013 interview with Pitchfork found him saying he could see his band being at the level of Nirvana by album three.) While he’s backpedaled on that in more recent interviews, the idea that Smith has high-reaching goals for DIIV is a substantial aspect of Is the Is Are, their long-awaited follow-up.

It’s been a long journey for Is the Is Are. The band’s been playing material for it for a couple years now, and the album was formally announced last April with an original release date slated for last fall. Smith revealed that the delays came from him tinkering with the music, the result of a perfectionist never satisfied with his output. There were other reasons for the four-year break, as a highly publicized fall 2013 arrest resulted in Smith entering rehab, a life event that served as the inspiration for much of the music here. The band drew more controversial headlines when it was discovered that bassist Devin Ruben Perez made a slew of offensive comments in an online forum. With all the negative attention surrounding the band, Smith felt even more pressure on his second record. “I knew it was going to take a really good album to save me,” he told Pitchfork’s Jeremy Gordon. “That’s what made it so hard to write, and why it took so long.”

Now that it’s finally here, it’s clear that Is the Is Are is DIIV’s bid at making a “serious” album. At 17 tracks and over an hour, the record comes off as dense, indulgent, and complicated. It’s an improvement over their debut, yet not the masterpiece Smith was hoping for. If Oshin was the band perfecting the same type of song time and time over, Is the Is Are finds the group branching out in new directions, pushing their sound forward in intriguing ways rather than dipping into the same well over and over. From the brighter pop of “Under the Sun” to the darker, propulsive energy of “Dopamine” (a song detailing Smith’s recovery from heroin addiction), DIIV explore new avenues throughout the record in ways that benefit their sound.

An integral aspect of the band pushing their sound forward is the increased attention on Smith’s vocals. Where Oshin relegated them to the background, softened by hazy atmospherics, here he puts them front and center, putting the lyrics in sharp focus. Influenced by writers like Frank O’Hara and Sherman Alexie, Smith sings about addiction, recovery, and inner turmoil, using his new voice to speak loudly.

Smith has indicated that Sonic Youth was a major influence on the record, and it becomes apparent quickly. Songs like the title track feature Smith singing in half-spoken mantras, while highlights like “Mire (Grant’s Song)” find the band expanding with sprawling guitar work and harsh feedback. DIIV intend to offer much more than the meandering psych rock of their early work. It’s an admirable goal, but Smith is no Thurston Moore, lacking his idol’s innovation. In a similar vein, Sky Ferreira contributes her lead vocals to “Blue Boredom”, pulling off an excellent Kim Gordon impression — so much so that perhaps DIIV would be better off with her at the front rather than Smith.

As a whole, Is the Is Are is a lot to get through. The album is heavy, at times oppressively bleak. Even as the album expands through its back half, there are clear highlights like “Healthy Moon”. To that end, it could have benefited from a bit more editing. Is the Is Are is almost better experienced in small doses, three or four songs at a time. The album feels meticulously thought out, with DIIV both opening up their sound and then honing in on the sharper moments they discover.

Smith is a careful student of indie rock history and clearly wanted to make something that could fit alongside classic records by legendary auteurs. There’s nothing wrong with wanting to make a classic record, but it’s also okay to fall short of that goal. Is the Is Are isn’t a grand redemptive masterpiece that will change the minds of those who wrote off the band. Neither is it a divisive artistic statement that will push away the already faithful. Instead, it’s an overstuffed, yet often enthralling record by a band revealing depths that weren’t as apparent before. It won’t be the record that saves Smith, but that doesn’t make it a failure.