The CoSign'd Australian export says hello with so much melody 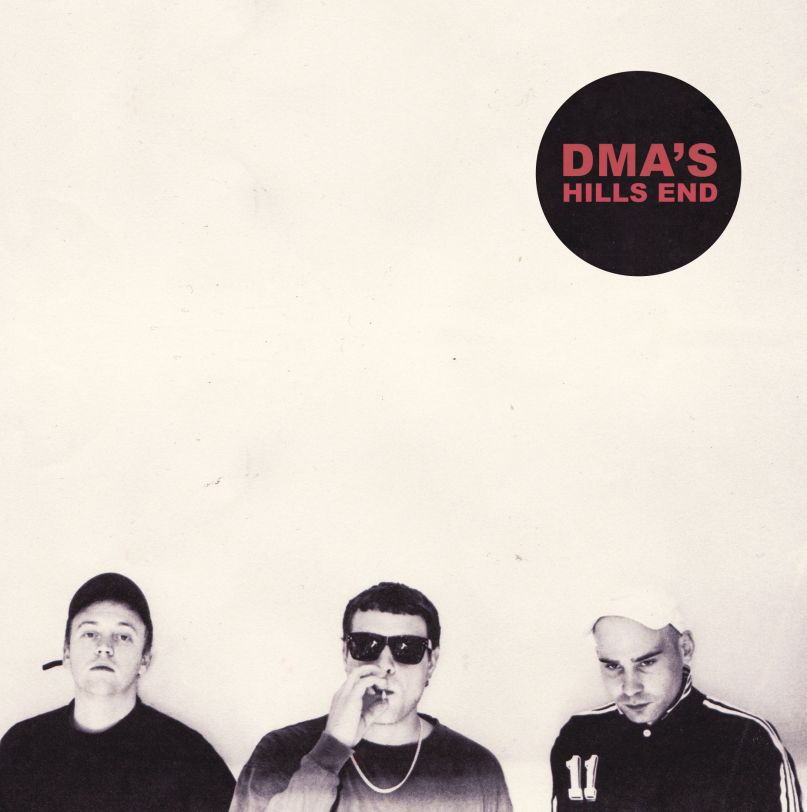 “Let it all out, just let it all out,” DMA’s singer Tommy O’Dell pleads on “Delete”, the crowning jewel of Hills End. The song has been around the block once or twice by now, having appeared on their self-titled EP last year. Still, there’s no way anyone can ignore the rallying power ballad, and there’s no reason anyone should: In under five minutes, the Australian rockers pin up every single one of their talents — from layered harmonies, to acoustic-to-electric transmissions, to the Joshua Tree rhythm section. That last minute and 15 seconds contains the most inviting feels in any rock song this side of the current decade.

Which is sort of the problem with Hills End. “Delete” is the early peak that everything sort of recedes from, albeit slowly and patiently. That’s not exactly a bad thing; look, not everyone gets to write A Great Song, let alone two or three of them, or even a full album, front to back. Rather, Hills End contains an assortment of incredibly good songs that should tickle the funny bones of anyone who ever wanted to wear lots of black and white and get away with tousled hair. You won’t want to pick up a guitar and jam, you’ll want to throw on a jacket and sing. There’s a difference.

That difference is what makes the DMA’s so intriguing. They’re hip without trying to be hip. They’re moody without reaching for Xanax. They’re nostalgic without having to pay anyone royalties. (Even if Noel Gallagher might think otherwise. Whatever, dude.) From the very get-go, staring with roller coaster opener “Timeless”, the outfit exudes an assured knack for melody that whips through each of the ensuing 11 tracks. That sticky energy fuels robust rockers like “Too Soon” (“When you’re on your own, do you break down?”), “Melbourne” (“I won’t feel no pain”), and “Play It Out” (“I’m stuck inside of you/ You’re stuck inside of me”).

There’s also a groovy side to these guys. When they want to chill, they do, and sometimes it really works to their advantage. Most of this falls on the talents of guitarists Johnny Took and Matt Mason. Early track “In the Moment” highlights their ability to weld their own riffs and marry them to O’Dell’s vocals with ease. It’s near-playful how they casually take over whenever their singer steps away from the mic. It allows for extended refrains that don’t just dissipate into nothingness. A couple of tracks later, the same thing happens on “So We Know”, only the six-string songwriters tear down the atmospheres they painted.

Our recent CoSign profile noted that “Took and Mason actually played bluegrass together before they all started writing music as a unit,” and the two even chatted up Pete Drake’s slide guitar. That bluegrass influence certainly pops up to whisper here and there — hell, “Delete” wouldn’t be “Delete” without it — but it screams on “Blown Away”. Whatever they saw in Drake comes alive in this track, swaying back and forth behind O’Dell’s melancholic thoughts, all of which seem to suggest he’s lost someone close (possibly even himself), as he disappears mentally: “I’m still staring at the ceiling.”

Again, you’ll want to sing it all. You probably will. That’s the attraction of Hills End, an album gushing with so much melody that even its penultimate track, “The Switch”, could be argued as one of its best. “If you break out into nothing/ And my hands are moving forward/ I can lead you with a broken piece of mind,” O’Dell sings. If that’s what he’s working with, he’d be wise to keep the broken shards on the ground, as few singer-songwriters can command such attention. Sure, Hills End peaks fairly early, but the album plateaus in a way that’s inviting, comfortable, and better yet, quite addicting.