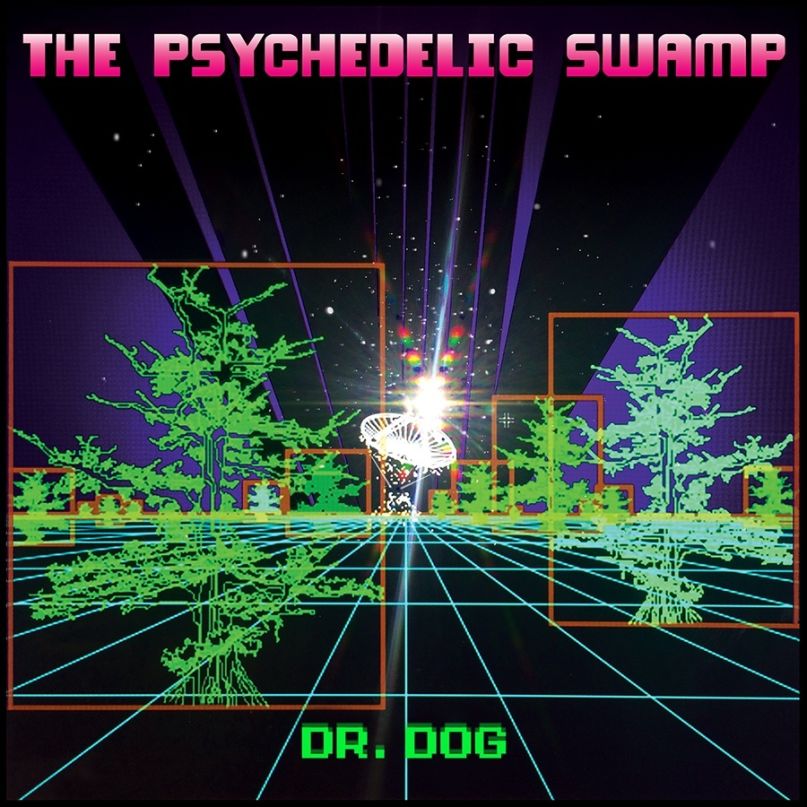 Dr. Dog are a stubborn band. Early in their career, somewhere around We All Belong, they found a signature sound and stuck with it. On The Psychedelic Swamp, they’re finally taking some baby steps into newer, murkier waters. Yet, for an album that is meant to dabble in a new genre and explore an original concept, it’s still characterized by a surprising lack of reinvention, bringing only a small infusion of synthesizers and sound effects into their lo-fi sound. It’s promising that Dr. Dog are incorporating new sounds, and yet again they deliver some fun. It’s telling, though, that they chose to bring those new ideas to their unreleased 2001 debut. Psychedelic Swamp ultimately lacks the experimentation that could have reinvigorated their usual formula.

Conceptually, the album centers on the swamp motif, each song meant to take you further into a surreal, musical bog. The band’s sense of humor is clearly still intact: The song titles are a variety of tongue-in-cheek nods at the title and concept. As the listener ventures deeper, small oddities like the bizarre croaking radio announcement that is “swamp inflammation” or heavy-handed whirligigs on “Swampedelic Pop” act as signposts on the journey.

This succeeds to some degree: The watery filter the guitar and vocals are put through particularly works to this extent, giving a unifying quality to the songs, which are otherwise erratic and inconsistent. That quality also defines some of the breakthrough moments on the album, like the single “Bring My Baby Back”. Scott McMicken’s vocals have a powerful tension, given an extra powerful draw when paired with the liquid backing.

The title of the album is also bit deceptive, as the psychedelic quality of the album is, overall, fairly modest. Dr. Dog have always leaned heavily on ’60s and ’70s influences like The Beatles or The Zombies, but this is not an album adventurous enough to be an emulation of one of these groups’ more experimental phases. There are moments where the minimal psych additions actually undermine the band’s sound, as their hodgepodge, twitchy aesthetic has always been part of their charm. Ironically, the more polished, glossy synthesizers at times bog the album down, and songs like “Swamp Is On” don’t offer enough to make them intriguing.

When the album rises out of the muddier moments, it hits better notes — which is perhaps true across the entire Dr. Dog discography. The bolder, louder moves on the record jerk you out of the synthesizer-induced lull. “Badvertise” certainly manages a darker edge, fueled by the furious warbling of a theremin. Yet, even on these more rambunctious songs, the simple and formulaic Dr. Dog backbone is there, and it never quite makes a true departure.

Eight albums and over a decade into their career, the band seems fixed in their ways. Not even the sway of swirling psychedelia could push them from the familiar, and the product is almost frustratingly predictable. When a band appears so deeply rooted in older influences and seems to have the right musical instincts, the opportunity to explore something new feels wasted. For once, it would be nice to see Dr. Dog make it out of the muck and face the next stages of their evolution.

Essential Tracks: “Bring My Baby Back”