The runaway hype train runs off the tracks 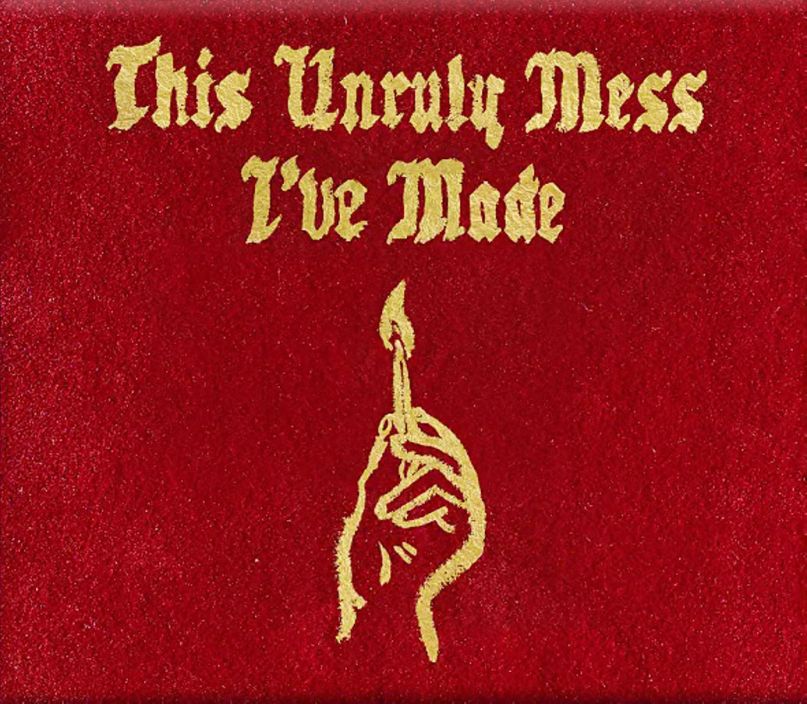 Macklemore & Ryan Lewis’ new record, This Unruly Mess I’ve Made, opens with a vivid portrait of the emcee’s memories of the 56th Grammys. “Light Tunnels” makes for a solid confessional that shows Macklemore struggle with the phoniness of award shows and fame. The Seattle emcee spends the first half of the track deriding the event, but ultimately realizes an ironic truth: He wants “to make sure I’m invited next year/ To the same damn party.”

Macklemore loosely positions this record as a My Beautiful Dark Twisted Fantasy-esque meditation on celebrity. But TUMIM falls well short of that goal, thrown off by flat attempts at humor and pop songs that appeal to the lowest common radio denominator. Ryan Lewis’ production — especially his command over the piano — saves the LP, salvaging a good number of tracks from the trash heap.

The instrumentation of the intro track highlights the love/hate relationship with fame, beginning with ominous strings and droning synths that give way to upbeat horns and handclaps after Macklemore raps about winning a Grammy. This lays the groundwork for the duo to explore the dichotomy between enjoying success and feeling like they’re selling out. Unfortunately, “Downtown” follows — one of a few jarring shifts between substantive songs and schlocky pop.

The album’s catchy single is also a lame attempt to recreate a winking parody of hip-hop tropes, à la “Thrift Shop” or “Penis Song”. The not-so-subtle joke is that Macklemore is cruising down the street on a moped, not a ’64 Impala or Lamborghini Murcielago. But the track has an identity crisis midway through, morphing into a soaring love ballad (in fairness, impressively led by Foxy Shazam vocalist Eric Nally). The underutilization of OG rappers Melle Mel, Grandmaster Caz, and Kool Moe Dee feels like a missed opportunity on a throwaway “Uptown Funk” ripoff.

Things don’t get better with the next song, the relentlessly cheesy “Brad Pitt’s Cousin”. Between the cringeworthy post-hook (“All my Angelinas/ If you got it, let me see it”), the awkward interjection from God, and the awful reference to the long-expired “deez nuts” meme, the track is a major low point. That said, Macklemore grasps at a solid concept in his third verse: People are quick to forget that he and Lewis are still independent, the guys who put 10,000 hours into their craft. The hook is simply a huge mismatch for the sentiment.

The record begins to turn things around on “Buckshot”, with a solid feature from KRS-One. The inclusion of classic hip-hop artists points toward Macklemore’s reverence to the history of the genre. (He name-dropped DJ Kool Herc on one of his older tracks, “Church”, and now has actually collaborated with some of the artists who helped shape hip-hop in the Bronx.) Between “Buckshot” and “Dance Off”, Macklemore & Ryan Lewis nod to the pillars of hip-hop culture: rapping, DJing, tagging, and breakdancing. The subtle bass/piano groove on “Buckshot” feels like a fitting old-school rap homage.

TUMIM starts to finds its footing with a few strong tracks midway through. “Growing Up” is charming in its simplicity; backed by a simple bed, Macklemore delivers a heartfelt message to his daughter. Ed Sheeran provides the emphatic hook with jubilant backing vocals, handclaps, and horns. The somber “Kevin” sees the emcee expand on older tracks “Otherside” and “Starting Over” with another narrative about addiction, though this time he aims at Big Pharma. Leon Bridges delivers a beautiful, soulful hook, but Macklemore’s final lines resonate most profoundly: “Got anxiety, better go and give him a Xanax/ Focus, give him Adderall/ Sleep, give him Ambien/ Till he’s walking around the city like a mannequin.”

Macklemore’s struggles with drugs and alcohol are well documented. (This is somehow ignored by those who cite him, as on “White Privilege II”, “the only hip-hop that I let my kids listen to/ ’Cause you get it, all that negative stuff, it isn’t cool”). Macklemore is most in his element when exorcising his demons through his rhymes. His personal experiences bring this song to life and lend it gravity.

The album reaches its apex on the Chance the Rapper-assisted “Need to Know”, a powerful slow jam anchored by a pretty piano beat, finger snaps, and intermittent horns. Chano’s scene-stealing verse about his daughter (opening with “I’m already afraid of tight clothes, want all her best friends to be white folks/ I scratched out this line so many times, I can’t forget it”) is one of the most memorable moments on the entire album, as the two independent emcees/fathers harmonize about life before fame.

The album comes crashing back down, then, with another sharp shift on the duo’s attempt at a club hit, “Dance Off”. If you’re familiar with Macklemore’s older singles, “Dance Off” is basically a stale riff on the humor and style of “And We Danced”. Idris Elba is the highlight of the song, delivering his spoken-word hook with gusto that evokes the dramatic narration of Mortal Kombat. The video game-inspired synth beat is also an absolute earworm, which makes it even more disappointing that Macklemore chose this song to seize the throne of dad joke rap (“I grab my ankle and pull it up/ And do that thing where I move my butt”).

“Bolo Tie” sees Macklemore and Lewis do their best “Energy” / “10 Bands” Drake impression, right down to Macklemore’s inflection and Lewis’ minimalist beat. But Macklemore is no Drizzy. In the past, he’s been much more likely to reflect on his own insecurities. This feels more like tough-guy posturing, which doesn’t suit him. YG saves the track with a solid verse about the media’s fixation on the negatives in hip-hop, rather than how rappers give back to their communities.

The LP concludes with “White Privilege II”, which of course caused a firestorm of think pieces and #hottakes. It’s weak as a means to an end, and messy in its voice, the rapper adopting different personas to criticize himself. But in terms of engaging with a dialog, and also supporting black artists, it’s valuable. The track’s dedicated website details how Macklemore & Ryan Lewis continue to make strides with black organizations in the Seattle community. Is it white privilege that lets Macklemore dominate this conversation when a black rapper might get drowned out trying to broach the same topic? Yes. Does the track detail anything groundbreaking if you’ve taken a sociology, urban studies, or African-American studies course? No. But among Macklemore’s white, suburban listeners, the song certainly has the chance to elicit discussion.

Perhaps the most disappointing thing about the album is how closely it follows the formulas of The Heist and The Language of My World, jumping slipshod between attempts at comedic rap, socially conscious tracks, and pure pop. In the blink of an eye, Macklemore went from relative unknown to superstar. TUMIM shows a regression to the mean, further establishing him as an above-average emcee whose runaway hype train simply ran off the tracks.