The soul legend gets a little help from her friends on powerful, timely new effort 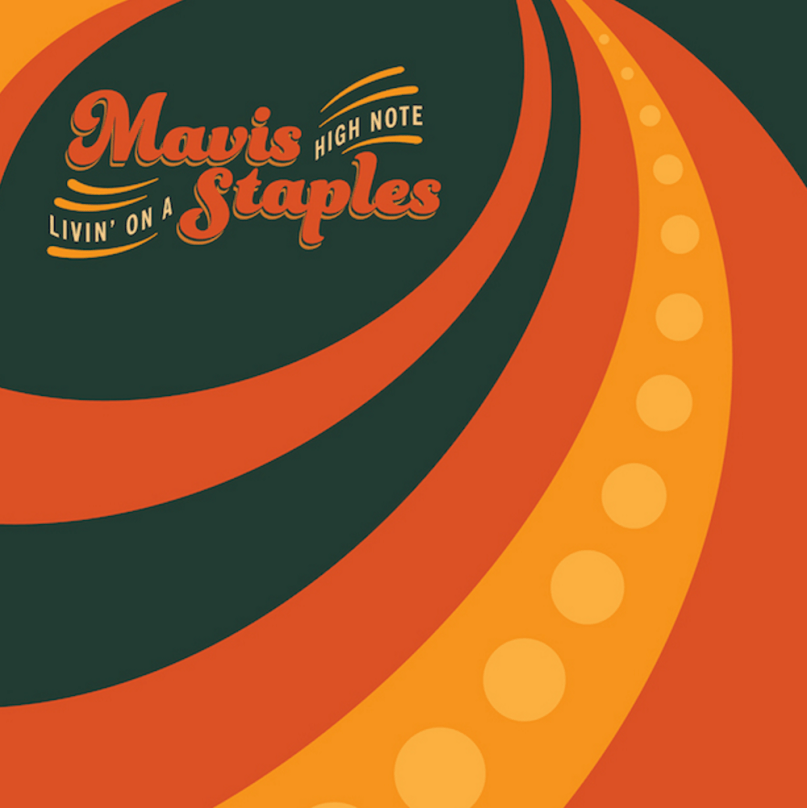 Mavis Staples has lived a life. Her songs dating back to her time with the legendary Staples Singers are more than just the best kind of soulful earworms, they’re words and notes painted from the front lines of one of the most contentious periods in American history. Hers is a name that’s earned its rightful place alongside the most powerful and relevant voices of the Civil Rights movement, and her words and music are as relevant today as ever.

But age and time seem to have had a calming influence over the singer, at least if we’re to judge from her expert output since joining the Anti- Records roster more than a decade ago. At 76, she’s still a passionate and vocal champion of togtherness and social harmony, but there’s a wisdom and peace to the soul legend that’s no doubt come from having fought adversity and come out the other side a stronger, happier person. Hope has always been a central theme to Staples’ music, but as the title of her fifteenth studio release, Livin’ On A High Note, implies, Staples wanted to give listeners more than just something to hang on to this time out. She wanted something that would inspire people and bring them to their feet.

“I got friends and I got family,” she sings on “Take Us Back”, a breezy blues cut penned by Benjamin Booker. “I got help from all the people who love me.” She’s not kidding. Booker is just one in an impressive stable of collaborators Staples leans on to get things done on Livin’ On A High Note. The record also boasts songwriting credits from Ben Harper, Neko Case, The Head and the Heart, Bon Iver’s Justin Vernon, and M. Ward, who also helmed the operation from the producer’s chair. Even Nick Cave gets in on the mix, allowing for what on paper makes for the most diverse record of Staples’ late-career resurgence.

But this isn’t Staples’ attempt at trying on different musical hats — in fact, quite the opposite. Livin’ On A High Note‘s collaborators span numerous genres, but the end result is every bit the Mavis record that one would expect. It’s her show, and her co-writers do a credible job of adapting their styles into something befitting a Mavis Staples record. Ben Harper brings a healthy dose of gospel and blues on “Love and Trust”. Vernon and Ward color “Dedication” with pastoral soundscapes that expertly mesh with Staples’ soulful voice. On “High Note”, the record’s first single, Staples finds a kindred spirit in Memphis singer-songwriter Valerie June. Cave, the dark horse collaborator of the group, has always looked on the darker side of spirituality, but his “Jesus Lay Down Beside Me” feels brighter and more life affirming in Staples’ hands. Surprisingly, the collaboration makes for one of the record’s most powerful moments.

Staples’ songs have never been short of heart and warmth, nor has she ever been the type to let much drag her down. But never has she been as deliberate about spreading her positive vibrations to the world as she is here. Her feel-good affirmations sit on the surface of song titles like “Don’t Cry” and “One Love”. Beneath the immediate surface, there’s hardly a lyric that goes by that isn’t washed over with themes of strength, togetherness, friendship, and the power of community and companionship. What’s drawing this out? Is it the racial divide in America that’s seemingly growing wider each day? Maybe it’s how increasingly disconnected people are becoming from one another in general. Whatever it is, it’s made an impression on Staples, who seems truly compelled to use her musical forces for good.

“I want something joyful,” she told the New York Times in an interview earlier this month. “I want to stop making people cry. I’ve been making people cry all my life.” Well, take a bow, Ms. Staples. If happiness and joy was what you’ve sought to bring to the world, you’ve delivered.

Essential Tracks: “Love and Trust”, “High Note”, and “Jesus Lay Down Beside Me”