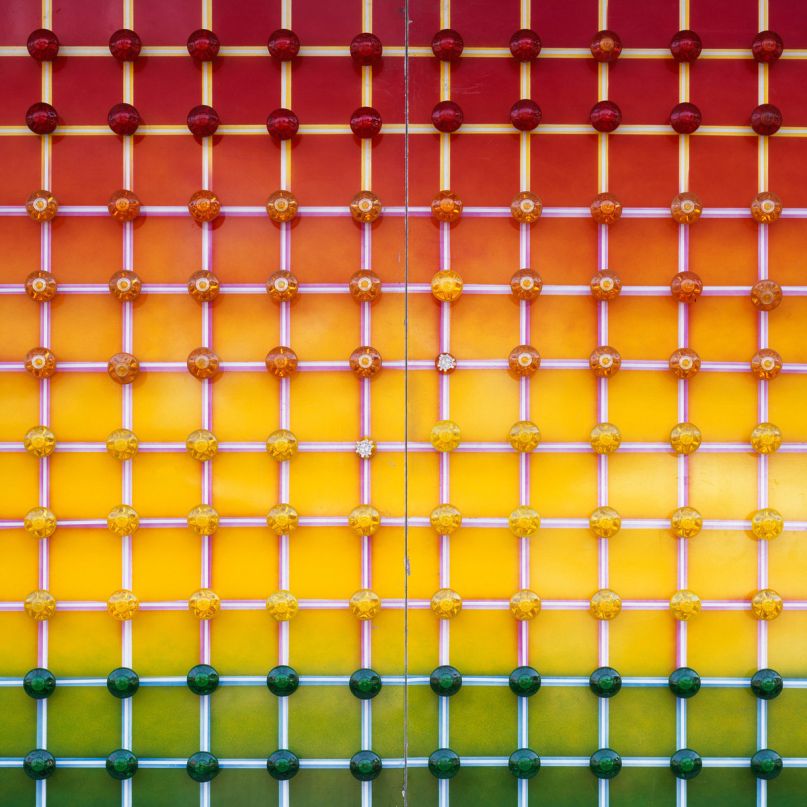 For the first three minutes of nonkeen’s debut album, the atmosphere is familiar for those who have listened to Nils Frahm’s work. While it’s not primarily piano-based, like much of the experimental artist’s work, the swirling, muted synths steadily rise. It’s not until the second song on the record, “saddest continent on earth”, where you get the sense this project is something different. A steady guitar in the vein of Darkside arches across the track, giving it a momentum not present in the stately piano work of the German composer’s solo records. At the start of the third song, nonkeen really announce themselves as a distinct project, when the drums kick in to serve as a propulsive backbone, creating an invigorating, surprising spark.

This loose, expressionistic quality informs the album, a collaboration between Frahm and childhood friends Frederec Gmeiner and Sebastian Singwald. Their friendship stretches back to the ‘80s, when the three came together from different sides of the Berlin wall in a youth sports league. Once the wall came down, they formed a band as teenagers that ended at a fairground performance where a carousel malfunctioned and crashed into the stage. It wasn’t until a decade later that they reconnected to play music in their spare time, slowly accumulating recordings over eight years, the result of which is this record.

Listening to the gamble, it becomes evident that this is the work of musicians who are very familiar with each other, full of moments where the sound meanders in varied directions only to snap together moments later with a clear purpose. The group began as an improvisational collective, and while there is a tighter song structure than that might suggest, there is an open feeling to the proceedings. “capstan”, for instance, spends about three minutes searching for concrete footing before a sharp pivot to a forceful drum machine at the start of the next track. While the solid, grooving tracks like “chasing god through palmrya” may be initially engrossing, there’s just as much to be drawn in by on the more listless songs. nonkeen find a way to make languid uncertainty sound compelling, full of pauses and notes that never last as long as they should. It’s an unsettling album, never allowing the listener to get comfortable.

While the album was pieced together from bits recorded throughout an eight-year period, that wouldn’t be obvious on a cursory listen. Each song bleeds into the next, and while they may twist into different shapes, there’s always a strong connective tissue holding the pieces together. the gamble could almost be one long piece broken up into suites, much like last fall’s similarly powerful example of live instrumentation on an electronic album, Floating Points’ Elaenia.

Between the improvisational nature, the live depth, and the overall looseness of the record, it’s not outlandish to think of the gamble as a jam record of sorts: It’s controlled, but not tightly wound. The trio let themselves breathe on standout cuts like “animal farm”, trying out different paths as they arrive, rather than searching for a destination. That nonkeen are content with a low-key approach helps make the album enjoyable. There are no builds to grand crescendos, no epic statements, no high-flung drama. There’s never a sense that this record is anything more than three lifelong friends who love playing together putting their sessions to tape.

For fans of Frahm’s subdued solo work, the record will be slightly jarring. However, the qualities that made him one of the more interesting artists of the past five years are all present here: an understated charm and sharp command of environment and mood that is neither aggrandizing nor boring. While not an upbeat, joyous work, there is a liveliness to the songs here that pervade even the softer moments, like the gorgeous closer “re: turn!”. the gamble may be a record nearly a decade in the making, but by not putting pressure on themselves to make a grand statement, nonkeen have made a memorable work and showcased their strengths.

Essential Tracks: “this beautiful mess”, “chasing god through palmrya”, and “re: turn!”