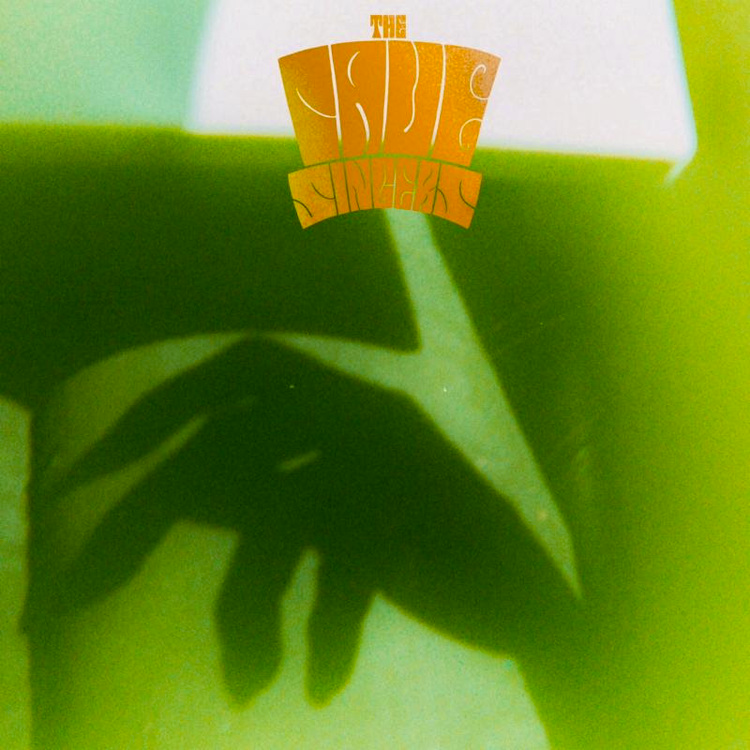 The Cave Singers no longer sound like buskers picked up off the streets of Seattle, but they haven’t totally abandoned the stomp-and-clap rhythms that defined their 2007 debut, Invitation Songs, and carried all the way through 2011’s No Witch. The group seemed poised to shed their shaggy campfire aesthetic entirely with 2013’s Naomi, “goin’ electric” a la Dylan and adding former Blood Brothers bassist Morgan Henderson for some extra punch.

Well, punch isn’t quite the right word, because one of the only memorable qualities about Naomi is how wimpy it sounds beneath all that crackling electricity. Pete Quirk’s nasally tenor was never meant to prop up anything more than a fingerpicked guitar and floor tom, but it was disappointing that Henderson and former Murder City Devil Derek Fudesco couldn’t outfit The Cave Singers with a much-needed set of new teeth. We weren’t expecting loud, brash guitars, but it would have been nice to get something that doesn’t sound like a subdued version of The Shins.

In this respect, the title of The Cave Singers’ fifth full-length album is promising. Naomi was purportedly named after a fictional muse who helped the band find a warmer, more positive sound, so it’s fair to expect that Banshee would mean something a bit more sinister and frenzied. It’s a shame that this isn’t the case. With Henderson off scratching his post-hardcore itch in Past Lives, the band have reverted to a trio and fallen back into the same lukewarm waters that splash across most of their earlier discography.

For a band that constantly changes their label and means of production — Banshee is their first self-produced album after stints with Matador and Jagjaguwar — The Cave Singers show a frustrating lack of musical ambition. Banshee’s opening track, “That’s Why”, is promising enough, kicking things off with a strolling bass that’s as fun and funky as anything the band have produced to date. The rest of the song never strays far from that simple bass line, but it does add layers of fuzzy texture that complement Quirk’s instantly recognizable yowl. The singer allows a few seductive glimpses of a lower register, and the track on the whole sounds almost playful, which is rarer than it should be in The Cave Singers’ catalog.

The band squeezes back into its threadbare indie folk sweater for “Lost in the Tide”, a pretty, contemplative ballad that nonetheless saps all the energy built up during “That’s Why”. “Baby, we’ve got all night,” Quirk sings in the first verse, and one gets the sense that this is also his songwriting philosophy. The Cave Singers never seem like they’re in a hurry to get anywhere; even Marty Lund’s drum beats have a tendency to sound like thunder rolling slowly across the sky. “Southern Bell” evokes The Who’s “Baba O’Riley” to a point, but the cathartic moment that it builds toward never quite arrives. The song is content to ride along in second or third gear, shifting down when all logic compels it to shift up.

It’s unfair to compare a band to its members’ former projects. It’s also inevitable. The Cave Singers belong to the same family tree as dynamic Seattle rock bands Murder City Devils and Pretty Girls Make Graves, which makes it even more frustrating that they keep resorting to the same old stomps and claps. Swaying slow-burners like “Strip Mine” and “Cool Criminal” seem destined for Spotify’s Evening Acoustic playlist or a Zach Braff-curated soundtrack — which is to say they don’t inspire much of anything besides a vague memory of The Shins. A track like “The Swimmer” has a bit more oomph to it, but it’s still built around a fairly one-dimensional guitar riff that doesn’t leave much room for elaboration.

“Christmas Night”, which arrives close to the album’s end but was one of two sneak-peek singles the band released in late 2015, is a tantalizing glimpse of what could have been. The track rollicks along on the strength of an electric guitar riff that sounds positively exuberant compared to everything that precedes it. The song also calls forth the kind of magical imagery that’s usually absent in Quirk’s lyrics, placing the listener in a specific time and place and allowing the imagination to extrapolate from there. Songs like “Christmas Night” show a very clear and potentially electrifying way forward for The Cave Singers, should they choose to take it. And they should, because Quirk and co. are too talented to keep standing in the middle of the road.