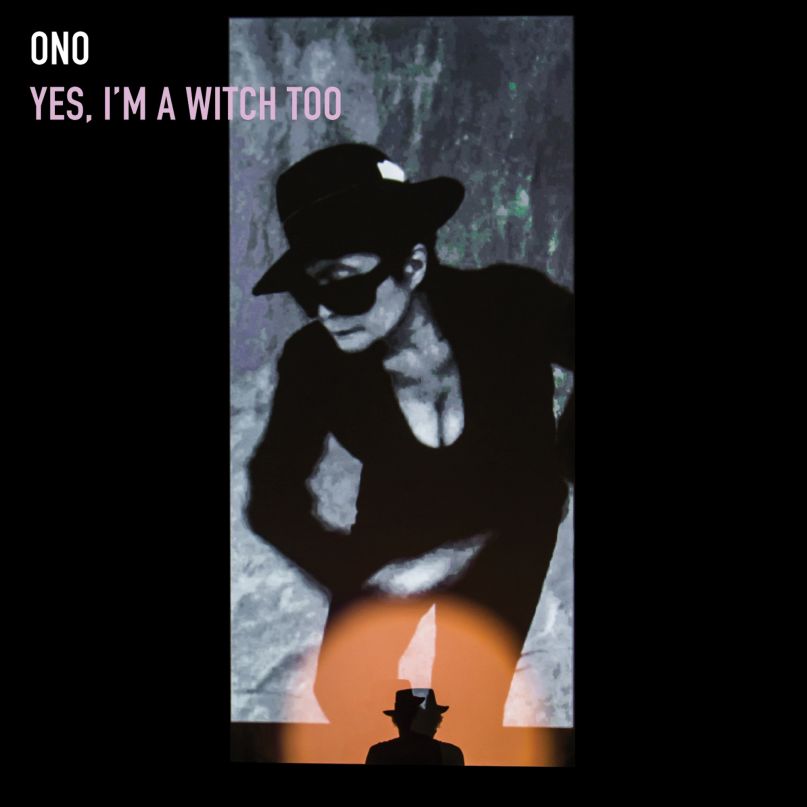 Everyone has a gut reaction to Yoko Ono. Whether you love her or hate her, are amused by her or amazed by her, I’d wager you have a deep-seeded opinion about Yoko Ono, one that you might not even be able to track to an origin or reason. It’s no wonder, then, that Ono continues to alter, amend, and shift the work in her discography, re-releasing songs in new forms throughout her career. Neither is it a surprise that she continues to work with myriad collaborators, and now releases her second album of remixes under the Yes, I’m a Witch heading.

The first album of Ono re-imaginings dropped in 2007, featuring a head-scratching assortment of remixers ranging from DJ Spooky to Cat Power to Peaches. The 2016 follow-up, Yes, I’m a Witch Too features its own similarly mixed bag of expected, unexpected, and downright confusing collaborators. There are the remix-minded, like Dave Audé and Moby. There are the idiosyncratic musicians that you’d expect to have compelling connections to Ono’s music, like tUnE-yArDs and Cibo Matto. But then there are the indie bands, like Portugal. the Man and Peter Bjorn and John.

[Read: We’re All Witches: An Interview with Yoko Ono & Collaborators]

Continuing that logic, the results similarly range from dance floor bangers to regal theatricality. Of course, Ono’s voice and catalog lends itself to that kind of diversity — she’s a magnetic force with a voice that might not carry a ton of technical grace, but always conveys plenty of emotion. As such, the tracks that succeed here are the ones that highlight the dramatic scope Ono reaches. The club beats and indie rock jams can prove exciting, but the tracks that focus as much on narrative arc as dance-ability are the ones to dig into.

As a point of comparison, take John Palumbo’s remix of “I Have a Woman Inside My Soul” and Sparks’ take on “Give Me Something”. In its original form, the original is a bluesy suite where Ono’s voice takes on a mournful sway. Auto-Tuned and mired in a digital bump, the soul is leached out, a dead-eyed vocal chopped up in between cheesy synth patterns. Sparks, meanwhile, are a group already notorious for their own quirky, dramatic compositions, so unsurprisingly embrace every burn, growl, and clash in Ono’s voice. (The original, after all, built a disco track out of discordant synth burbles, approximated bird calls, and furious sounds of disgust.) Instead of trying to give “Give Me Something” an electronic makeover, Ron and Russell Mael take her brooding intensity into a world of waltzing bass, piano, and dark mysticism.

Danny Tenaglia takes a similarly evocative tack, opening the album with lush strings and synths for “Walking on Thin Ice”, bathing Ono’s voice in reverb and a frosty filter, closing on a gonging bass piano note. It might not at all be what you’d expect from a “remix” album, but that sort of subversion of expectations is so essential to Ono’s art. So, too is her instantly recognizable voice. Death Cab For Cutie wisely embraced it in all of its eccentricities for “Forgive Me My Love”, giving some extra depth to the glitchy electronic composition. (By the way, who knew they’d be so suited to this kind of sound?) Blow Up’s “Approximately Infinite Universe” rides an SNES rock rhythm, layering her vocals into a point where all the highs and lows are leveled off. Though it might not sound like a revelation, embracing the reality of Yoko Ono is the key to the success of Yes, I’m a Witch Too. Unfortunately, that’s only done here to varying degrees.

Essential Tracks: “Give Me Something”, “Walking on Thin Ice”