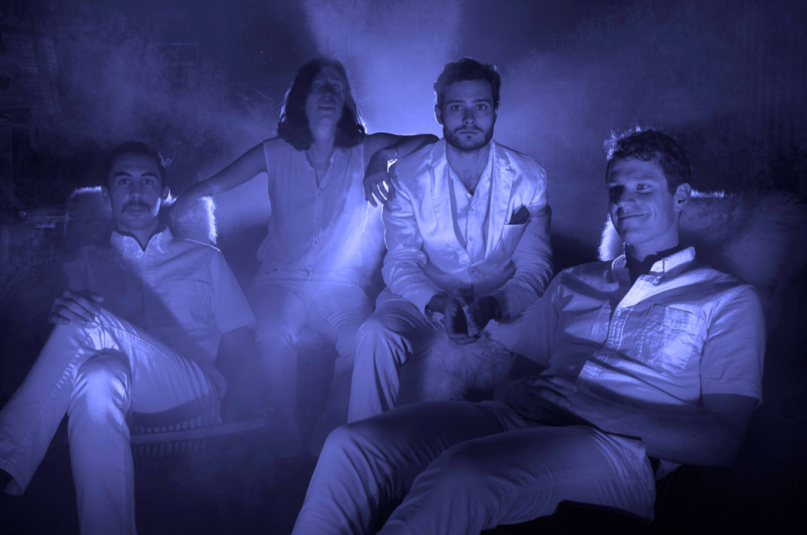 Alpenglow have long let their environment influence the flow of their music. While recording their Chapel EP in an old stone chapel in a small Vermont town, the quartet’s sound became expansive and slow-burning. It was the kind of mellow, warm music you’d expect to attract future tourmates like Timber Timbre and My Morning Jacket’s Jim James. After relocating to Brooklyn, however, they found a new colorful urgency, brought to life by the addition of synths and drum machines. The result is the band’s debut album, Callisto, due out February 26th via Chizu Records.

Even the album’s latest single, “Following the Scene”, is all about letting one’s surroundings take control. Slow-drawn synths and a smoky bop of a rhythm shade things like the corner of your eyes while on a evening bender. With driven choruses and floating verses, there’s a sense of ephemerality; though you’re sure you’re enjoying the revelry, there’s this vague recognition that you’ll remember none of it in the morning.

Frontman Graeme Daubert tells Consequence of Sound the song “came out like a sort of cubist nightmare” as he released his usual control and let the song flow like one of his rare unplanned nights on the town. Those nights, he says, “…it can feel like I’m being propelled forward to each new gathering of individuals by some force outside of myself. Some mornings, I wake up, and there is no connecting thread that ties the night before together, just scattered images that occur without chronology, almost the way an everyday object like a favorite hat can trigger a memory of a dream. On these nights of missed connections, it can be hard to see people as coherent wholes; they appear instead as a series of fractured selves.”

Take a listen to “Following the Scene” below.

Alpenglow will be on tour supporting Callisto come March. Find those dates below.