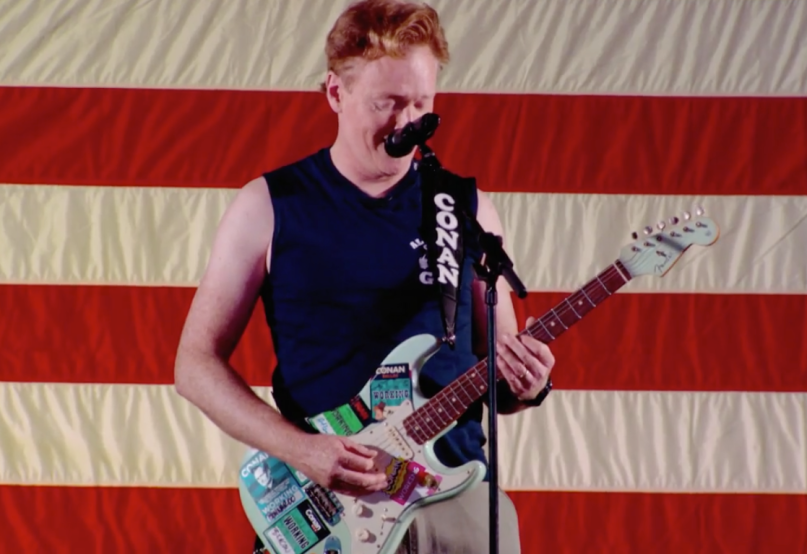 Back in November, Conan O’Brien traveled to Qatar with First Lady Michelle Obama. While there he filmed a special episode of his late-night program at the Al Udeid Air Base. The episode finally aired late last month, and additional, web-exclusive content from the trip has been released in the days since.

Among those clips is a collaborative musical performance in which Conan and Grace Potter joined forces to cover The White Stripes’ “Seven Nation Army”. As you’ll see below, Conan played guitar and also re-wrote the first verse with new lyrics more appropriate for the audience of soldiers.

Of course, this is not the first time O’Brien has performed “Seven Nation Army” in a live setting. During his 2010 Legally Prohibited From Being Funny on Television Tour, he covered the song during a gig in Philadelphia. Replay that performance and revisit Conan’s extensive 2013 interview with his longtime friend Jack White below.