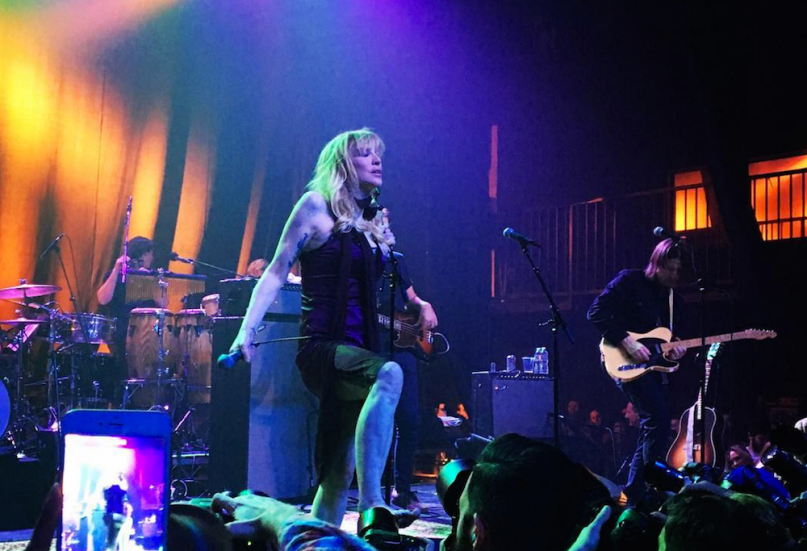 Last night, a star-studded bill of musicians and comedians came out to pay tribute to Fleetwood Mac. The concert event — the first of two as part of the inaugural Fleetwood Mac Fest — saw the likes of Courtney Love, Joanna Newsom, Alison Mosshart, Carly Rae Jepsen, Perry Farrell, Sarah Silverman, and Marc Ronson hit the stage at LA’s Fonda Theatre to cover songs from across the legendary outfit’s expansive catalog.

Among the highlights: Love’s take on “Silver Springs”, Mosshart and Ronson’s joint “Dreams” rendition; Jepsen’s spin on “Hold Me”; Newsom’s lovely “Beautiful Child”; and Silverman and Butch Walker’s collaborative update on “Go Your Own Way”. The show’s finale performance, which featured *all* the stars, was an especially nice way to close the night.

A few of the performances have surfaced online; watch those below, followed by a picture of the insane setlist.

Sarah Silverman – “Go Your Own Way”: