Dave Grohl drank from a red solo cup, had the time of his life at the Grammys

Plus, he participated in a second line parade with Preservation Hall Jazz Band 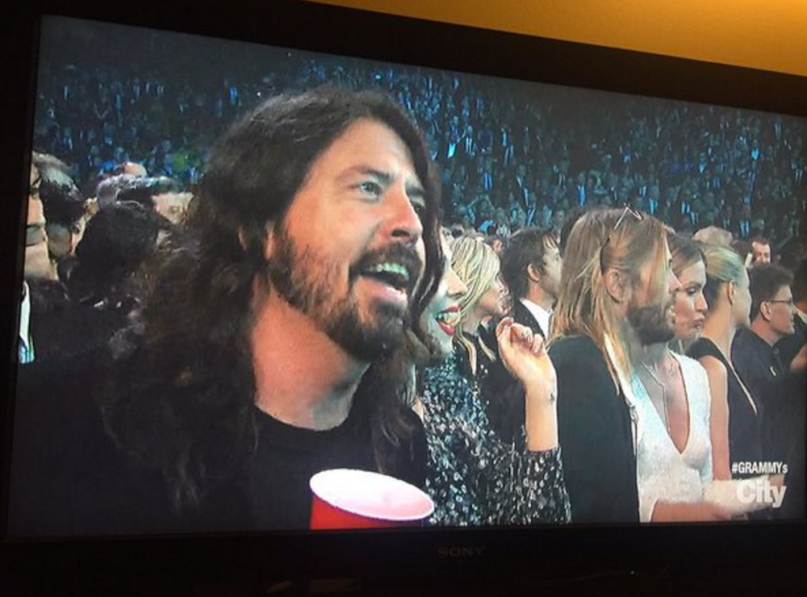 Not too long ago, we shared a list of photos which exemplified the eternal coolness of Dave Grohl. Now, thanks to last night’s Grammy Awards, the world has more reasons to consider the Foo Fighters frontman a personal hero of sorts.

Prior to the official start of the awards ceremony, Grohl joined the Preservation Hall Jazz Band and Trombone Shorty as they second-lined down the red carpet and through the Staples Center crowd. Grohl, who’s teamed up with the legendary New Orleans ensemble on a number of occasions, could be seen manning the drums throughout their jubilant march.

Later, he settled into the evening’s festivities by cozying up to some booze, which he kept in a red solo cup because that’s what awesome people like Dave Grohl do at fancy schmancy award shows.

Below, check out out pics/video clips of Grohl’s Grammys fun.

With the Preservation Hall Jazz Band:

Pretty sure that was Grohl on drums with Preservation Hall Jazz Band in the hallways during LL's intro #GRAMMYs pic.twitter.com/96fIfXgJRe

With his booze-filled red solo cup:

Dave Grohl keeping it classy at the #GRAMMYs with a red solo cup. pic.twitter.com/nr2mmN6RaY

Grohl closed out his night by introducing the fiery Lemmy Kilmister tribute from rock supergroup the Hollywood Vampires.