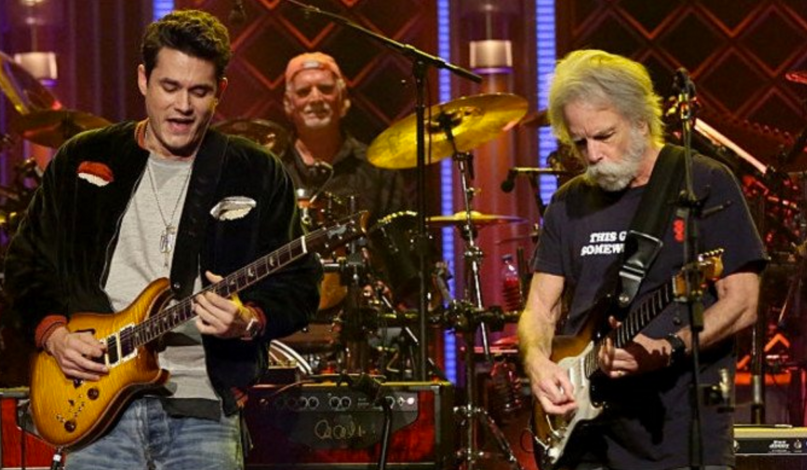 Dead and Company, the new supergroup featuring Grateful Dead members Bob Weir, Mickey Hart, and��Bill Kreutzmann alongside John Mayer, are scheduled to hit the road for a US summer tour. Thursday evening on The Tonight Show, the band offered fans a sneak peek at what they can expect in the coming months.

The performance, which marked Dead and Company’s TV debut, found the band doling out swirling renditions of “Shakedown Street” and “Brown Eyed Women” as a web exclusive. Catch the replay below.

Though it was the band’s first official late-night appearance, Weir and Mayer previously rocked out on the Late Late Show together about a year ago when Mayer served as interim host.

Check out the supergroup’s upcoming itinerary, which includes a set at this year’s Bonnaroo Music Festival, where they’re expected to play two sets.