Don Cheadle is beyond cool in Miles Ahead trailer — watch 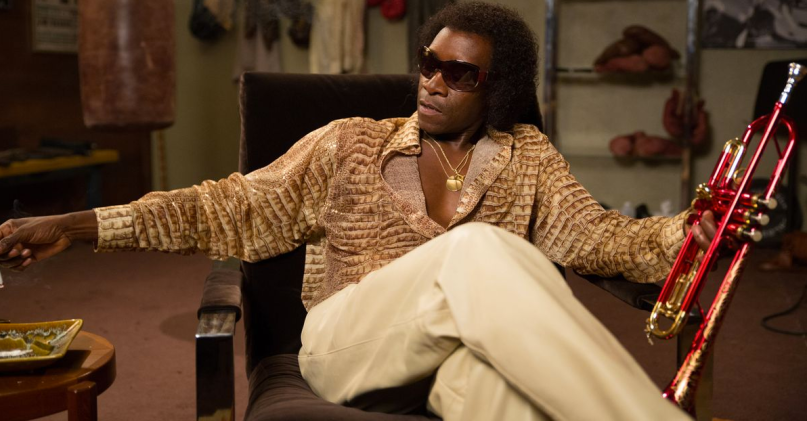 “If you’re gonna tell a story,” says Don Cheadle as jazz legend Miles Davis, “come with some attitude, man.” It’s a hell of a line to open the first trailer for Cheadle’s directorial debut, Miles Ahead. After years of gestation, the biopic premiered at Sundance Film Festival last month, with a wider release set for April 1st in New York and Los Angeles. From this first preview, it would seem that all those years of passion have paid off in fine form.

The story follows a non-linear timeline, but is anchored in 1979, at which point Davis hadn’t played for five years. When a persistent and fervent Rolling Stone reporter (played by Ewan McGregor) knocks on his door one day, Davis is tossed back into the music world in a dangerous way. A demo tape of his last recorded work has gone missing, and the jazz great engages in a take-no-prisoners approach to retrieving it. Along the way, flashbacks to Davis’ relationship with dancer Frances Taylor (Emayatzy Corinealdi) reveal how their troubled love impacted his iconic music.

Check out the trailer below, and read Dominick Suzanne-Mayer’s Sundance review of the film.