Plus, Lil Wayne stars alongside George Washington in an advertisement for Apartments.com 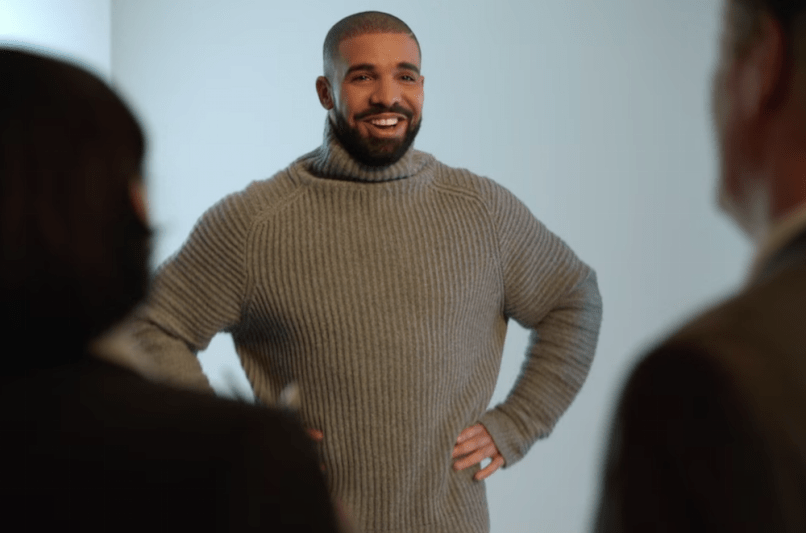 Super Bowl 50 goes down this Sunday, and Drake and Lil Wayne are participating. Well, at least in the commercials set to air during the big game. (Drizzy’s always struck me as a baller, anyway.)

For his T-Mobile-sponsored spot, October’s Very Own takes us back to the set of his viral sensation “Hotline Bling” music video — only this time, phone company executives have a few suggestions on how to make it better.

“When you say ‘Call me on my cellphone,’ just add, ‘Device eligible for upgrade after 24 months,'” one of them recommends. Drake — cheesy as ever, an ear-to-ear grin nearly jumping off his face — is a trooper about the whole thing. “I love changes!” he says a little too enthusiastically, later adding, “These changes don’t ruin the song at all!”

Meanwhile, Lil Wayne stars in an Apartments.com clip alongside an actor portraying George Washington (really). A few teasers for the commercial highlight their strange relationship and game-day plans. There are grills both for their mouths and BBQing, and at one point, according to a video description, “It’s almost party time and George left on a bun run hours ago. Now Lil Wayne is getting worried.”

Watch all the videos below.