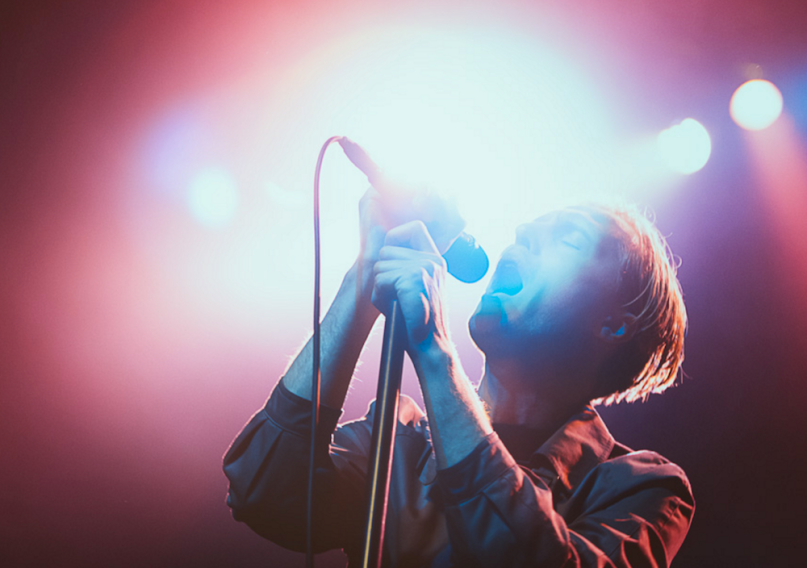 Earlier this month, in addition to the release of new song “Lemontrees”, post-punk collective Eagulls hinted that their sophomore LP was on its way. Today, they’ve formally announced details of the follow-up to their 2014 self-titled debut. It’s titled Ullages and expected to hit shelves on May 13th through Partisan.

The 11-track effort was recorded in a converted church in the band’s hometown of Leeds. Mixed by Craig Silvey (Nine Inch Nails, Depeche More), it’s said to recall “the shimmering opulence of Cocteau Twins, the guitar lines of Smiths-era Johnny Marr, and the ominous gloom of Disintegration/Pornography-era The Cure,” according to an official statement.

In an interview with Outline Online in January, drummer Henry Ruddell discussed one of the main differences between Ullages and its predecessor:

“It’s still all from George’s [Mitchell, frontman] viewpoint but whereas on the last album it was his own personal outlook, this time we tried to step away from that a bit and look outwards and how he gets on with other people. It feels like it’s more to do with relationships, not in a romantic way, but more as in your relationship with the person you might bump into on the street, or the person you work with..very brief encounters and how odd they can be.”

In advance of the full-length, Eagulls have let loose “My Life in Rewind”. Mitchell here is a yearning presence, his vocals enveloped by a cloud of muggy shoegaze guitars like a memory that’s struggling to stay alive.