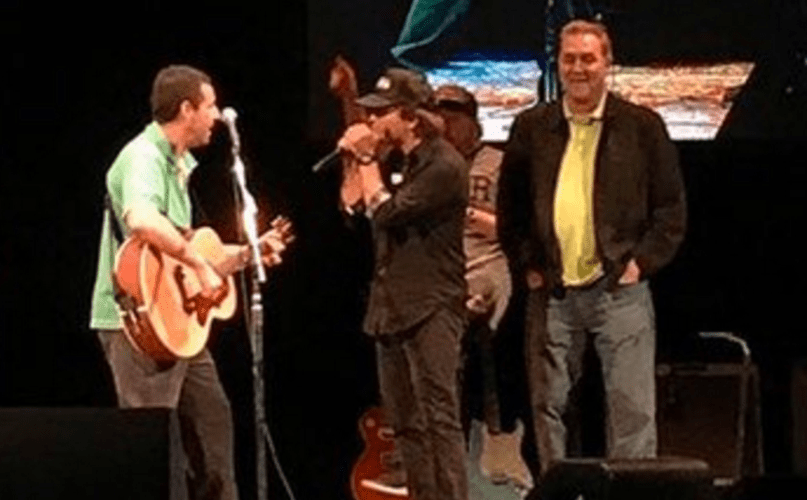 Former Saturday Night Live cast members Adam Sandler, David Spade, Rob Schneider, and the legend himself, Norm MacDonald, have teamed up for a comedy tour. Last night they played a gig at Seattle’s Paramount Theatre, and who might show up but Kevin Nealon! Just kidding, it was actually Pearl Jam frontman Eddie Vedder. Apparently the comedians had trouble performing The Who’s “My Generation” so Vedder came out for an assist. Watch fan-shot footage below.

Seriously, thank god Kevin Nealon didn’t show up. I can take only so much of his hack Xarelto schtick.