"We’re talking about celebrities and not politics" 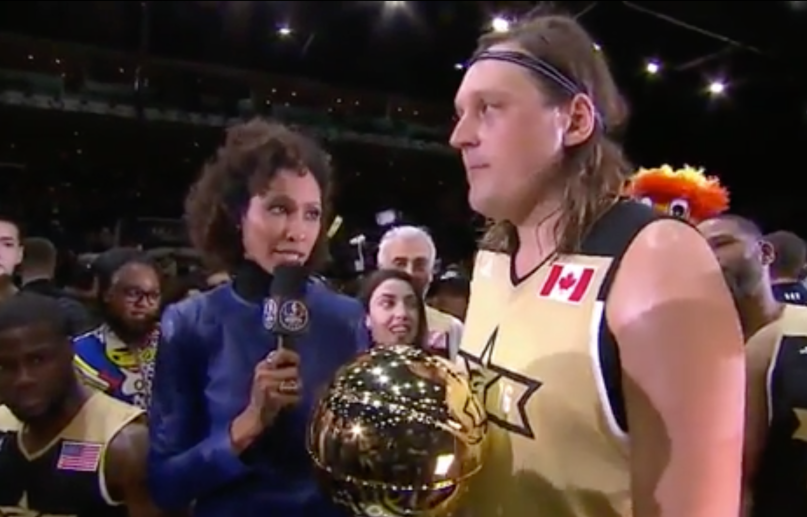 Arcade Fire frontman Win Butler captured the 18th most cherished trophy in all of professional sports on Friday night: After posting a 15-point, 14-rebound stat line, Butler was named the MVP of the 2016 NBA All-Star Celebrity Game. Naturally, ESPN sideline reporter Sage Steele wanted to interview the night’s biggest star. To her horror, Butler used the opportunity to give a shout-out to Canada’s healthcare system.