J. Tillman also weighs in on the upcoming presidential election, the blurred lines between top 40 and indie, and more 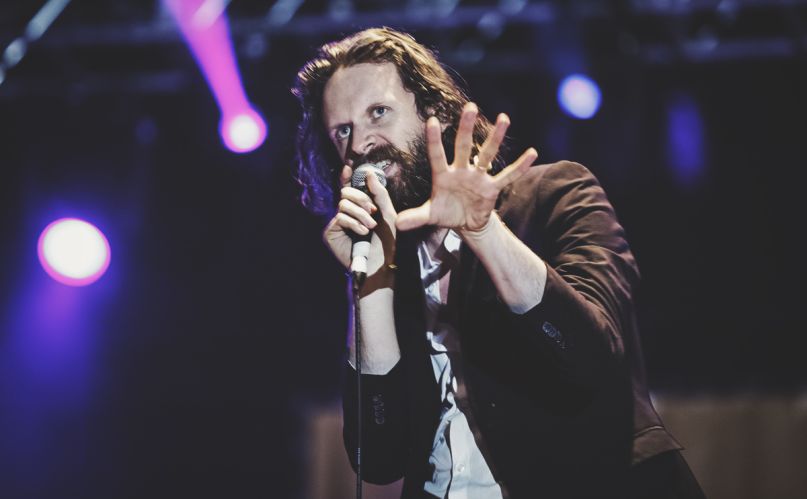 Father John Misty’s J. Tillman shared some “year-end deep thoughts” for a recent issue of Under the Radar.

Tillman ranked his 10 favorite albums of 2015, which include Erykah Badu’s But You Caint Use My Phone, Björk’s Vulnicura, and Lana Del Rey’s Honeymoon; revealed that Beyoncé dancing side stage during his Coachella set was his year’s biggest highlight “and the low point has been everything since”; and shared his thoughts on the upcoming presidential election (“It looks like World War III is going to be a real hoot”).

He also addressed the increasingly blurred lines between Top 40 and indie music:

“It’s true. The lines really are blurring more and more. Sometimes when I am on my way to an indie rock writing session with my indie rock producers who have been getting pressure from my indie rock label executives who are still not convinced we have that crucial indie rock single that’s going to break indie rock radio and then I’m off to meet with my indie rock trainer who’s getting me in shape for the grueling indie rock dance rehearsals for my 35-date indie rock arena world tour all while trying to avoid the ever present indie rock paparazzi for whom pictures of me are worth a fortuante to trashy indie rock tabloids, who though reprehensible, must be reckoned with, and as such, my indie rock publicist occasionally orchestrates a few candidates to be taken when I am out partying with my equally wealthy and famous indie rock friends — I can barely tell the different myself.”

See the full list of Tillman’s 10 favorite albums and read all his “year-end deep thoughts” below.