Music takes a backseat to good vibes and communal celebration 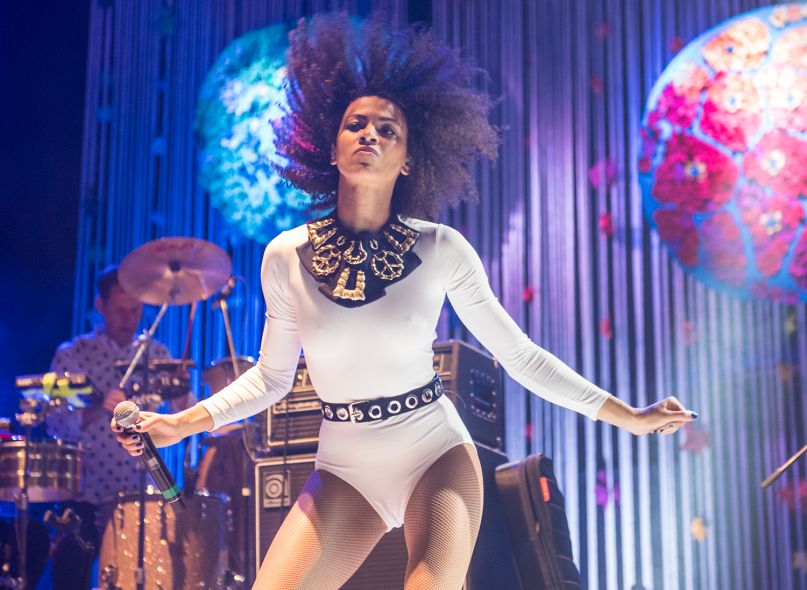 Before each of my two trips to Mexico City – last year for Corona Capital, Pearl Jam at Foro Sol, and Knotfest and again this past weekend for the 4th annual edition of Carnaval de Bahidorá – I was cautioned by countless people: “Be careful,” “Watch your belongings,” “Don’t get kidnapped,” and the extreme “Don’t get killed.”

The stigma associated with cartel violence and the perils of widespread corruption is understandable. Those dangers do take precedence in many sectors of the country, especially where Bahidorá is held in the small state of Morelos – despite its relatively tiny population, the region has one of the highest crime rates in the country.

Yet upon entering the grounds of Las Estacas – part of the state’s nature preserve Sierra de Montenegro-Stakes, which houses the crystal-clear, azure-tinted windings of the Yautepec River – one would never feel unsafe. The palm-shrouded layout was replete with swimming spots, interactive art installations, and three stages, one of them situated on an “island” adjacent to the river’s most ample section. So on the contrary, it felt like the ultimate safe-haven, an ideal locale for Bahidorá’s glorious hedonism.

To that end, it’s not necessarily a music-focused fest, though there were a few standout sets: the uplifting afrobeat of Antibalas during Saturday’s twilight hour, the eerie James-Blake-meets-The-Weeknd R&B of Rhye after that, and the funkified, non-stop dance thrust of Escort to usher in the wee hours of Sunday and Quantic’s string of cumbia, salsa, funk, soul and jazz 45s to close out the river stage. The music literally didn’t stop for a moment from the time Mexico City hip-hop outfit La Banda Baston opened the main stage at 1 p.m. on Saturday until the end of dueling electronica sets at 2 p.m. Sunday from Barcelona’s BeGun and British DJ Karma Kid. But the musical artists never seemed to fully capture the full attention of most attendees – they functioned as an occasional soundtrack for isolated portions of the 24-hour-plus party.

That said, the lineup was wonderfully diverse, though scheduling and curation weren’t spot-on in every case. Notably, The Internet’s “headlining” set, though powerful and relatively crowded, was too chill for its primetime 9 p.m. spot. To boot, a whopping increase from 6,000 attendees last year to this year’s 10,000 didn’t help logistics – by the time Mexico City’s El Buho was wrapping up around 11 a.m. Sunday, the entrance to the Asoleadero Corona (riverside) stage was shut down due to capacity issues. And with the main stage out of commission (its programming concluded around 4 a.m.), the only other choice in music was the oontz-oontz at the Doritos Dance Floor (EDM stage), which was practically dead by that point.

At a normal music festival, that situation would’ve made Sunday a waste for most. But again, for much of the night, folks were busy painting faces (and bodies), building mandala-bonfires, and reveling in trance music under the canopy of a cloth-made heart and sprawling arteries adjacent to the dance stage. And when the sun rose, there was yoga, followed by even more frolicking in the river, slacklining between palm trees, trance-inducing chants and dances to witness, a drum circle to join, and more interactive art to engage with, including a random phone booth labeled “Abla Con Dios” that let you ask an alleged deity for advice (suspect side note: this god told me that I needed to “take a bunch of acid and get away from everyone … in order to find yourself”).

So, never mind the music – the fest’s round-the-clock celebration, a communal experience of good-vibes-no-matter-what, represents an idealistic antithesis to an area historically plagued by cartel violence. It’s somewhat tragically ironic that so much of the merrymaking is drug-fueled, and of course, a rave party isn’t a permanent (or even appropriate temporary) solution to Morelos’ narcos problem – those visiting the area should still remain reasonably wary. But at least the bash provides a glimpse into a burgeoning Mexican fest culture that will no doubt increasingly draw international attention. Calling all destination-festers: Add Bahidorá to your list.

Click through to view a photo gallery depicting scenes and highlights of the visually stunning, Carnival-esque festival.