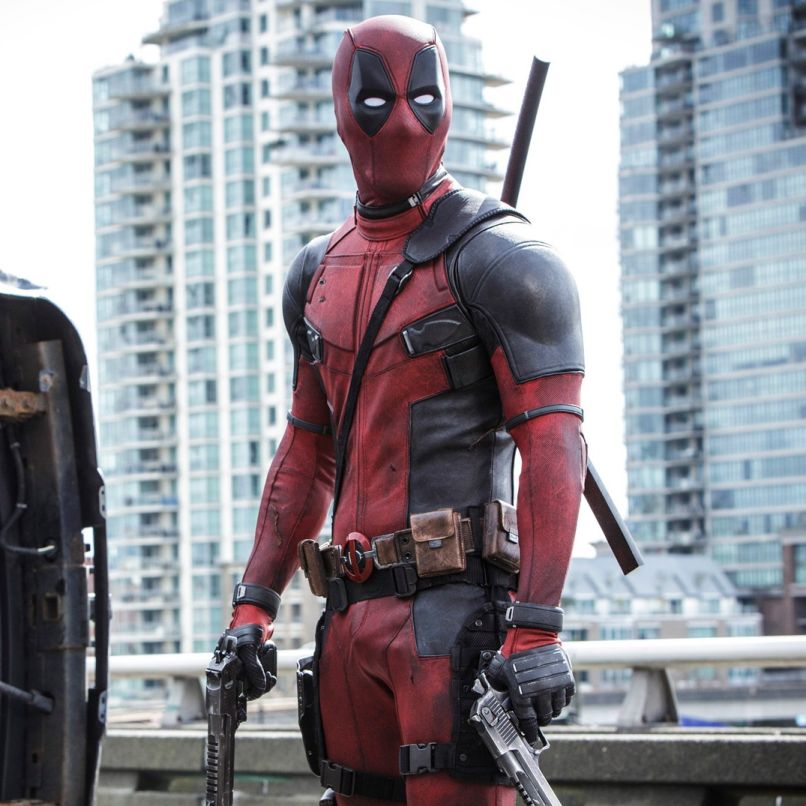 We’ve passed the film era of simple meta-level humor and references, and are now on to the point where movies not only indulge in them but feel obligated to continually acknowledge it. So, a movie like Deadpool was inevitable. To the likely delight of the “merc with a mouth”’s fanbase, and the even likelier chagrin of anybody who isn’t about to line up for what’s basically a 108-minute inside joke about the cliches of superhero franchise first installments’ origin stories that’s also rife with those cliches from start to finish, it’s hard to imagine a movie much more aware of itself both as a movie and as the latest in a progression of similar movies than Deadpool.

Your enjoyment of the film will vary both by whether you’re even still reading at this point and by how interested you are in a double-barreled blast of distilled, concentrated Ryan Reynolds. Because as most know by now, Deadpool is as much one long, loud victory lap for Reynolds actually willing the damn thing into existence as anything else. And at last, after a thoroughly botched test run in X-Men Origins: Wolverine, Reynolds finally gets to step out as Wade Wilson. At the film’s outset, he deals in various illicit trades as an ex-mercenary before ending up in the form-fitting death suit. Wilson, in short: “I’m just a bad guy who gets paid to fuck up worse guys.” It’s a perfect role for the actor’s skillset, and as much as anything Deadpool confirms why Reynolds stuck it out for so long. It’s one of the better pairings of actor and character to date in the comic movie genre, and while Reynolds’ warp-speed punchlines start to really wear on the spirit by around the start of the third act, it’s less because of a performer having a hell of a time in the sandbox he and the fanbase made for themselves and more because of the film itself.

The film opens with Deadpool, already masked and untouchable, sassily and brutally murdering a number of thugs during a highway pursuit that would play as dark-tinted and generic if it weren’t for Reynolds and director Tim Miller’s relentless pursuit of the character’s childlike, distinctly Internetty self-styled catchphrase: “Maximum Effort!” In terms of comic sensibility and overall intentions, Deadpool’s interpretation is more or less “over 9000!!!” in every conceivable reading of that phrase. This is a film that’s at times hilarious and at others aggressively shrill, but the beauty and evil of Deadpool is how little anybody seems to care about appealing to audiences not in on the joke, even if the film is absolutely going to. It’s just the purest possible interpretation of the source material, in all its anarchy and vulgarity and b-hero cheapness. And a review that doesn’t at least acknowledge the clear love with which it’s made is missing at least a little of the point.

Only a little, though. Deadpool takes the struggle to say something new and distinct that’s plagued so many other franchise setups in recent years and magnifies it by unimaginable degrees, thanks to its refusal to stop talking about it. This starts from the film’s very first moments, in the form of an opening credits sequence that functions as one massive piss-take on the film’s existence, and on those of pretty much any superhero film (or modern studio action movie) to date. But only so much mileage can be taken out of the fourth wall’s destruction. In a world full of Honest Trailers and CinemaSins videos as far as the YouTube cursor can see, being hyper-aware of the functions that make a movie “bad” isn’t really a new idea. And it’s dispiriting when that approach is used to imply that Deadpool is more than the overexhausted first-film origin story hitting rote story beats one by one, especially when it’s cracking jokes about it. Especially when most of the film’s funniest stuff comes from its playful weirdness and not from endless self-reference.

Consider the setup. Wade finds out, after meeting cute and falling in love with Vanessa (Morena Baccarin, playing the kind of “idyllic cool girl” role that suggests nobody involved has seen or read Gone Girl), that he has several different, malignant cancers at once. A shadow corporation offers him a chance to participate in a trial program that offers the chance of a cure, of a way to heal himself so quickly and cleanly that Wade would become nigh unkillable. Of course, this involves some nasty side effects in which Ajax (Ed Skrein) and his sidekick Angel Dust (Gina Carano) take just a little too much pleasure. Ajax is right that the procedure takes a lot out of Wade; he’s left porous and disfigured after prolonged exposure to a machine that induces mutations by holding the inhabitant precariously close to death for days at a time. But Ajax gets one thing wrong, and this is where Deadpool will either go very right or very wrong for viewers: Wade hardly loses his sense of humor in the process. Now with the help of Weasel (T.J. Miller), proprietor of a bar for semi-villains like Wade, he has to destroy his enemies, reverse the physical damage, and win Vanessa back after abandoning her for the procedure. And talk about dicks in the process. Enter Deadpool.

These are the trappings of the average, established superhero introduction story. This would be completely fine if Deadpool didn’t put itself in the strange position of apologizing for everything it’s doing even as it earns laughs with jokes about the film’s low budget and the unrecognizable nature of its sidelining X-Men, Colossus (Stefan Kapicic in voice) and Negasonic Teenage Warhead (Brianna Hildebrand). The film also gets off with glee on the giddy, excessive violence of the source material’s most brutal runs; decapitations are punchlines, most of the film’s introductory exposition takes place during a flashback as Deadpool slowly impales a man, and the aforementioned highway setpiece ends up making for the kind of carnage that made the film’s spiritual companion Kick-Ass so troubling to watch for its virtues. (It’s the film’s second biggest next to a climactic tanker collapse that feels like such a paean to an Avengers ending that it feels oddly out of place in the film’s generally low-rent universe.) This is black comedy, to be sure, but there’s also a sort of “ain’t this badass” posturing to Miller’s staging of Deadpool‘s fight sequences that’s just as dulling after a while as it is in every film that overdoes graphic violence to cover for a general lack of unique, memorable sequences. And frankly, if ever there were a film that would warrant some real visual play, it’d be this one.

But then, some will invariably argue that Deadpool’s fidelity to its source material is all that matters. Many won’t be concerned that the whole film, funny as it sometimes is and all-in as Reynolds’ self-made star performance absolutely is, ultimately serves as yet another long teaser for another, more fully-formed movie. They’ll laugh at every new thing that comes out of Deadpool’s brain, whether it’s an actual joke or a string of vaguely related swear words and genital names or just another tired “heh, masculine woman has a dick, amirite” one-liner, because Deadpool is just funny and full of references both genre-minded and cultural, and if you tell enough jokes quickly enough the volume apparently constitutes a comedy. And it’ll be fruitless to argue, because Deadpool is very good at what it sets out to do some of the time, and it’s going to do exceedingly well because of this. It may not be one of the best superhero movies, but it’s certainly the one with the most swears.