Film Review: How To Be Single 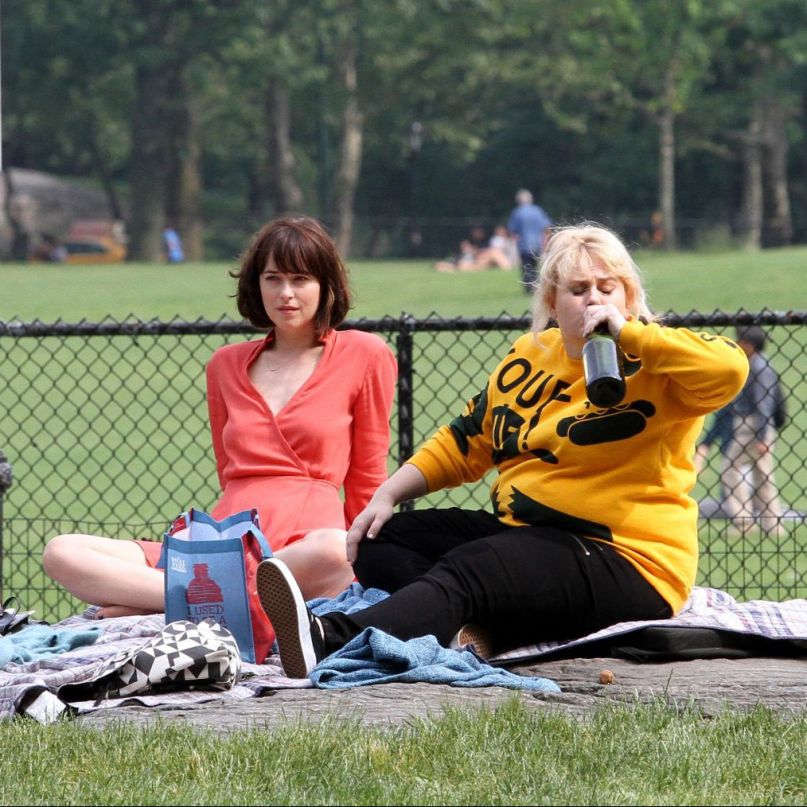 How To Be Single is an ode to all things young, urban millennial professional, and one thing it gets surprisingly right about the culture is how lonely the spaces between “moments” can be. The film is full of parties and hookups and social blunders and other generally understood touchstones of modern-day dating, but some of its best stuff comes when it touches on something that few romantic comedies bother with in their mad race to get to a happy ending: the struggles of getting there.

Now, it’s not as though How To Be Single doesn’t live in the same fantasy version of New York City that’s existed since at least Friends, the one where apartments bigger than closets are available to paralegals and nightly clubbing is consequence-free and there’s little to no trash on the streets. But its version is just a touch closer to reality, to the film’s benefit. A lot of faces come and go, but Single is really about Alice (Dakota Johnson), who the film meets in the middle of her packing up her college apartment with her boyfriend Josh (Nicholas Braun) as they prepare to “take a break” from their relationship. One Taylor Swift song later (you know exactly which one), Alice is a New Yorker, set up at a law firm and ready to cut loose. Or something. She’s not really sure yet.

Single attacks modern relationships from a number of different angles, and it’s not as irritating as it perhaps should be when very few of them fit together even at the film’s end. Through Alice, the film seeks after all ends of the dating/life spectrum. Through her best friend Robin (Rebel Wilson), Alice is introduced to a new world of exceedingly well-lit bars full of hordes of attractive men good for drinks and a fun late evening and a prompt goodbye thereafter. And through one early hookup, the bartender Tom (Anders Holm), she gets more insight into the mechanics of casual sex. Tom is an insistent bachelor, but strives to be ethical about it (“Most guys are like me, they’re just not honest about it”) even as he specifically stages his apartment to be as short-term tolerable in a morning-after situation as possible.

There’s also Lucy (Alison Brie), who lives just above Tom’s bar and spends her time fixating on endless, meticulous plans for what her perfect wedded life will be like. And Meg (Leslie Mann), Alice’s older sister, who’s never been interested in having kids but starts to realize that she might be. This is to say nothing of the many paramours who come in and out of Alice and Robin’s lives, or Alice’s on-off encounters with Josh, or Meg’s tenuous first steps with Ken (Jake Lacy). In the interest of not spending the rest of this review on recounted exposition, suffice it to say that How To Be Single rarely fixates itself on any one story for more than a few short minutes at a time. Even at 110 minutes the film struggles with finding time for any joke or moment of pathos to breathe. And the structure isn’t always sound, best evidenced when the film just throws a party and somewhat illogically assembles every disparate character in one location to get to the go-home stuff.

But more often than not, How To Be Single is endearing as a “tell it like it is” sort of demographic-chasing romantic comedy. For a movie that’s so fixated on vulgar punchlines at times (almost exclusively coming from Wilson) and the finer points of an eventful love life, Single never gets any further than foreplay onscreen, and it’s to the film’s benefit. In general, Single handles promiscuity with a surprising lack of judgment for the genre, and it’s a good look. This isn’t to say that the film doesn’t traffic in old and new gender stereotypes alike; the clever stuff sits right alongside material about the mania of pregnancy and proper grooming habits. Most of the film’s bigger developments are the most recognizable from miles away: surprise returns of past loves, friendships placed in jeopardy over bad decisions made, that sort of thing. If anything, so much of Single is framed as a rambling hangout movie that most of the standard genre beats feel a little tone-deaf.

Yet it’s the in-between stuff that works best. Little moments like a shot lingering on Johnson for just a little longer than expected as she realizes that the relative security of her ex-boyfriend no longer exists for her. (Between this and Fifty Shades of Grey, she’s really distinguishing herself as an actress capable of elevating standard material.) There’s a well-deployed tracking shot that captures the joys of finally having a home of your own. Damon Wayans Jr. shows up for a spell to let the film tackle the issues of dating a single parent with some heart. Mann and Levy have a nice chemistry as they work through the difficulties of dating up or down into another age bracket, and the complications that emerge from it. The film takes a potshot at Sex and the City’s endless pursuit of settled relationships, and earns it for the most part. How To Be Single doesn’t break much at all in the way of new ground, but it’s a decent walk over well-trodden territory.