Ghostface Killah responds to Martin Shkreli: “The man with the 12-year-old body” 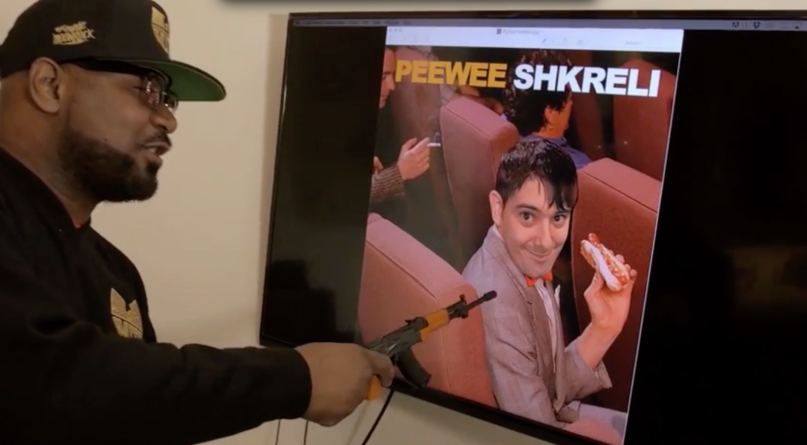 Despite his ongoing legal issues and all-around villain status, Martin Shkreli seems more concerned about engaging with Wu-Tang Clan’s Ghostface Killah in a hip-hop beef that’s impossible for him to win.

After learning that Shkreli, the jack-ass pharmaceutical CEO infamous for his price-gouging of an AIDs medication, was the buyer of Wu-Tang’s lone copy of Once Upon A Time In Shaolin, Ghostface called Shkreli a “shithead”. Shkreli responded by releasing a “diss video” in which he and masked goons threatened to erase Ghostface’s parts from Once Upon A Time In Shaolin. “You’re an old man — an old man that’s lost his relevance, and you’re trying to claim the spotlight from my spotlight,” Shkrekli said in the video.

Ghostface has now responded with a diss video of his own. In it, he calls Shkreli “the man with the 12-year-old body,” and refers to their beef as “Ghost vs. Peter Pan.” He says by price-gouging medication, Shkreli is a “real killer, a soft killer … you’re a baby.” Later in the video, he brings in his own “goons” in the form of his mother and sister, who give a stern talking to Shkreli. Ghostface’s sister also emotionally recounts needing brain surgery and being without insurance.

Watch Ghostface’s diss video below, and remember: Wu-Tang ain’t nothing to fuck with.