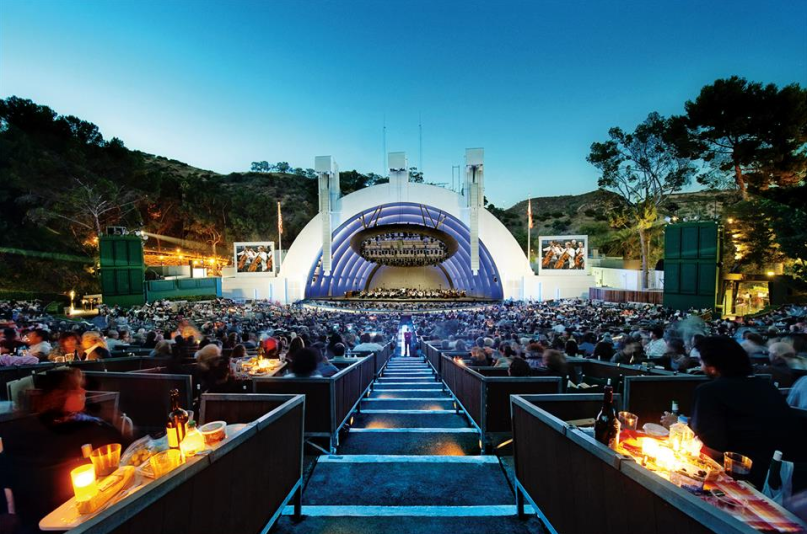 Every summer, Hollywood Bowl welcomes some of the best musicians of every era and genre, its stage often graced with exclusive collaborations and tributes. Today, the venue has announced its 2016 season schedule, and there are loads of exciting shows to look forward to.

Things will kick off on June 11th and 12th with the Playboy Jazz Festival, set to feature Family Guy’s Seth MacFarlane with his Big Band, Janelle Monáe, and Jon Batiste & Stay Human. The official season opening is actually the 18th, when Steely Dan will play with the Hollywood Bowl Orchestra and conductor Thomas Wilkins.

In July, there will be a live-to-picture score performance and screening of J.J. Abrams’ Star Trek, featuring David Newman conducting the Los Angeles Philharmonic in Michael Giacchino’s score. The Beach Boys’ Brian Wilson will perform Pet Sounds with Al Jardine and Blondie Chaplin on July 10th, with M. Ward opening. Ten days later, Dr. John & The Nite Trippers will participate in a tribute to the late Allen Toussaint, featuring The Allen Toussaint Band, Galactic, and more special guests to be announced.

It’s worth noting that when acts like Kurt Vile and Bloc Party are listed with “additional artists to be announced,” odds are these are bands playing Coachella that will be revealed once the festival is over. See the full Hollywood Bowl summer schedule below, and check out the venue’s website for ticket information and details.

08/07 — Kurt Vile and The Violators, additional artists to be announced