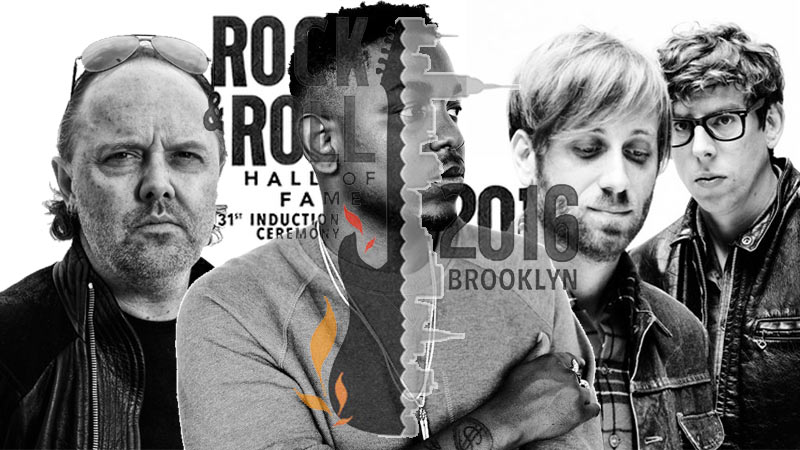 Snubbing acts like Nine Inch Nails, The Smiths, and Janet Jackson, this year’s Rock and Roll Hall of Fame class includes N.W.A., Deep Purple, Cheap Trick, Chicago, and Steve Miller. Today, the Hall announced the artists who will be inducting the new class, and it’s perhaps an even more interesting list than the inductees themselves.

Kendrick Lamar, The Black Keys, and Metallica drummer Lars Ulrich will all be on hand for the April 8th ceremony. Oh, and so will Matchbox Twenty frontman Rob Thomas, for some reason.

It would stand to reason that Lamar will induct N.W.A., but as for whom the others will give speeches for, it’s anyone’s guess. My guess would be Ulrich inducting Deep Purple, The Black Keys for Cheap Trick, and Thomas welcoming Miller. Of course, that still leaves Chicago without an inductor, so it’s likely there’s one more name yet to be announced.

The RaRHoF ceremony will be held at Brooklyn’s Barclays Center on April 8th.