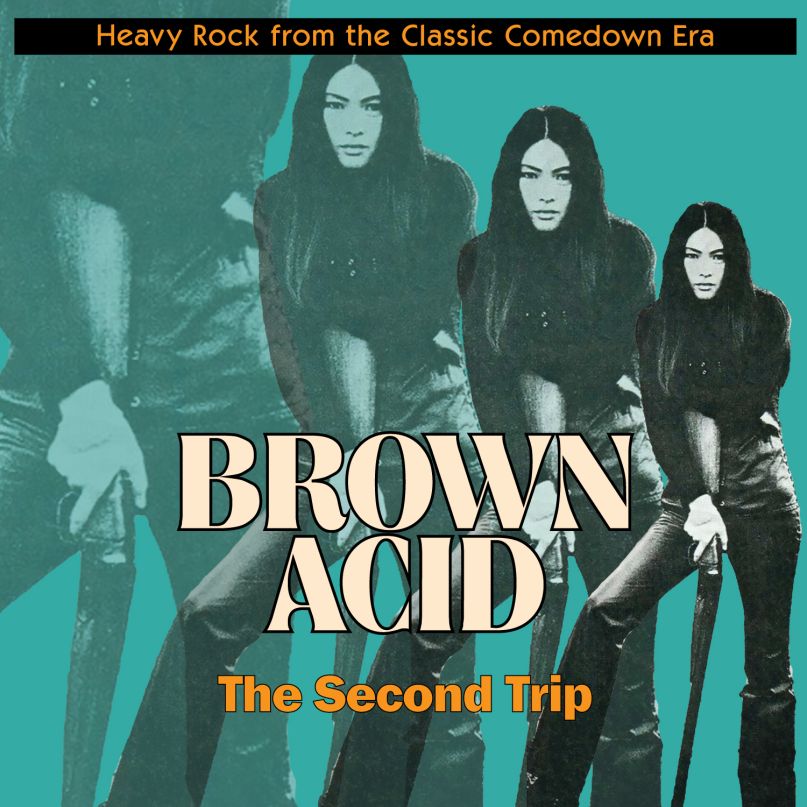 RidingEasy Records is back with the second volume of their Brown Acid compilation series. Enter The Second Trip, a culling of lost cuts and forgotten songs from the ’70s heavy psych underground. Check out the comp’s lead track below, the ferocious “Midnight Witch” by Ash, below.

RidingEasy’s Daniel Hall and Permanent Records’ Lance Barresi launched the Brown Acid series last year with The First Trip. Like the archivist vinyl resurrections performed by Numero Group and Light in the Attic, Brown Acid mines the lost and buried hard rock of “America’s comedown era.” Hall and Barresi curated the compilation from rare private press LPs, limited-run 45s, and lo-fi recordings that are all but impossible to find on the consumer market. These bands and artists never made it, in the proverbial sense, but they didn’t go out without trying. As “Midnight Witch” proves, these cuts are as tight and competent as the rock ‘n roll heroes they often try to emulate, albeit with cheaper gear and recording budgets.

Listening to Brown Acid is like listening to a classic rock FM radio station that’s been overtaken by the obscure; the same old songs you’ve heard and love reinterpreted through the amateurish charm of stoned kids jamming in the garage. “This ain’t no bootleg neither,” reads the album’s liner notes. “Each and every track on Brown Acid has been fully licensed by the artist, so you can enjoy this LP guilt-free knowing that the bands included will be paid.”

Appropriately enough, The Second Trip drops on 4/20. Pre-order the digital copy at RidingEasy’s Bandcamp and the CD and vinyl direct from RidingEasy.