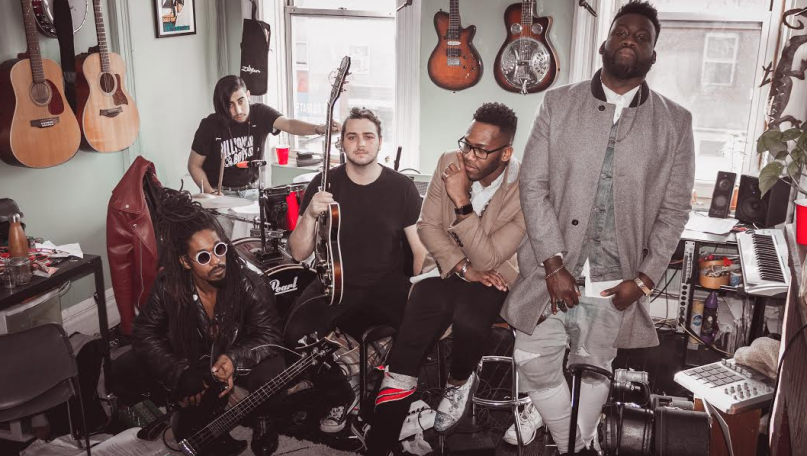 Alternative hip-hop group Oxymorrons began as a collaboration between K.I. and Deee, brothers who grew up in Queens and spent years playing and touring with other groups. Listening to the group’s new single, “Hello Me”, one might think that the two share several lifetimes of experience between them. Like much of the band’s work, “Hello Me” doesn’t fit neatly into one genre. The song’s ambient synths drift between psych and electronica, while its pulsating beat recalls a particularly vivid dream. Not a good or bad dream, necessarily, but the kind that sticks with you for days and weeks regardless.

“‘Hello Me’ is about losing a part of you,” Deee explains. “That part of you could be a person lost in death or lack of connection. The loss can even be an activity or an object. But you long for the reconnection.”

Speaking of connections, Oxymorrons have already shared the stage with national acts such as Bruno Mars, Lupe Fiasco, Rihanna, and Common, but the group shouldn’t be defined by its friends (impressive though they may be). Songs like “Hello Me” show why their forthcoming Complex But Basic EP is shaping up to be a much-anticipated release among hip-hop heads.

The EP is due out later this year via Tommy Boy Entertainment, but you don’t have to wait until then to catch Oxymorrons in action. They’ll be playing at New York City’s Mercury Lounge on February 20th with Adrian Daniel, and “Hello Me” might just make an appearance in their set.