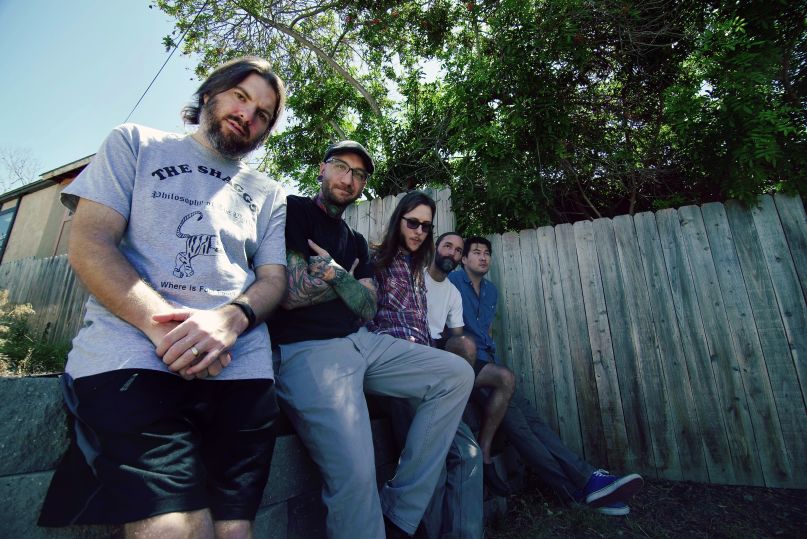 Pinback’s Rob Crow made headlines last March when he announced that he was quitting music, claiming that it had become “financially irresponsible” and “humiliating to my psyche.” Anyone who’s ever suffered through life as a working musician could probably relate to what Crow was talking about, but it’s not all doom and gloom. Just ask Crow himself, who has since returned from his musical hiatus with a new project he’s calling Rob Crow’s Gloomy Place in a not-quite-veiled assessment of his emotional outlook.

The good news? Crow doesn’t have to go it alone. His band, which features a former member of Heavy Vegetable and several of Crow’s other close friends, has helped him achieve a sound that’s more locked and loaded than anything he’s done in recent memory. Take new single “Oh, The Sadmakers”, for example. Despite the, um, gloomy name, there’s an undeniable sense of humor poking through the song’s infectious mixture of progressive rock and straightforward pop. Fans of Pinback won’t be disappointed, but newcomers will also find plenty to sink their teeth into here.

“Oh, The Sadmakers” will appear on Rob Crow’s forthcoming album You’re Doomed. Be Nice., which is due out March 4th via Temporary Residence Ltd. Check out the single below.