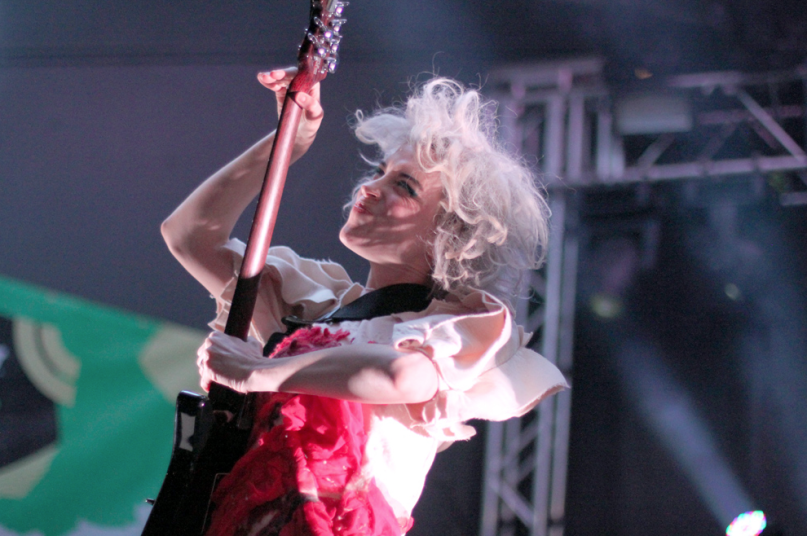 Tilda Swinton plays a famous rock star in the forthcoming romcom A Bigger Splash, so it makes sense that real-life rock star St. Vincent would show up to lend her talents to the film’s soundtrack. St. Vincent has contributed a cover of The Rolling Stones’ “Emotional Rescue”, which originally appeared on the Stones’ 1980 album of the same name. Annie Clark turns the funk knob up to 11 on her rendition, which sounds like it owes just as much to Prince as it does to Mick Jagger. It’s not quite as bombastic as what we heard on 2014’s St. Vincent, but it’s a welcome reminder that Clark can do disco as well as anybody—even the Stones.

Listen in to “Emotional Rescue” below.

And here’s the original for reference: