The band is holding auditions for a new lead singer 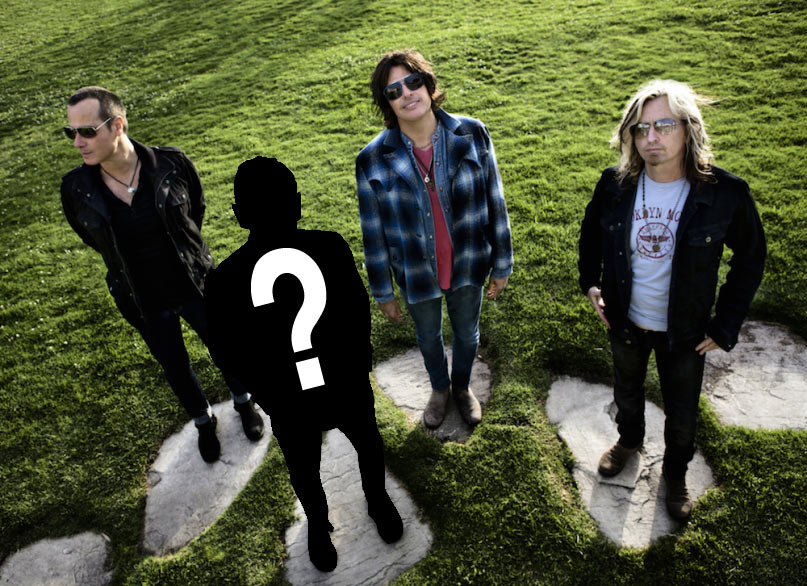 Stone Temple Pilots long ago decided to move on without their original frontman Scott Weiland. Prior to Weiland’s death late last year, STP had teamed with Linkin Park’s Chester Bennington to tour and record. Following Bennington’s own departure, however, it looks like the band is back in the market for a new singer. And it could be you.

A year of hope, optimism, and most importantly, new music! We are immensely proud of all that we have been able to share with you over the years. Music, music, music. We very much want to continue doing that, but that’s going to take a little help from all of you.

As you know, prior to the untimely passing of our brother in arms, Scott, we had been working with the incomparable Chester Bennington. What you also likely know is that having Chester front two bands of this size and scope was too much for one man to be able to do and so regretfully we had to move onto a new chapter together. This is where you come in…

We are officially announcing that we are seeking a new vocalist to front Stone Temple Pilots. We’ve already heard from many talented people, but want to make this an opportunity for many more so we’ve set up a way for you to do just that.

If you think you have what it takes to front this band, record with this band, and tour with this band, we would dig hearing from you. No one will ever ‘replace’ Scott, that was never the intent. The intent is for Stone Temple Pilots to continue on, to evolve, and to do what we do… make music! We look forward to seeing you.

It would appear that after seeing the death of their former leader and the failed experiment of his attempted replacement, STP are willing to go the Steel Dragon route. They’ve even posted an unlisted submission video on their YouTube page that sees the three members jamming out, with only your vocals missing. Check out the video below, and keep your eyes on STP’s website for when the search officially launches.

Update: The open auditions are now live, with instrumentals of “Interstate Love Song,” “Trippin’ on a Hole in a Paper Heart” and “Vasoline” available for download. Both male and female singers can submit up to two audio recordings showing off their skills for anyone to hear on the site, plus additional videos or songs for only the band members’ ears. Already there are a number of submissions up, and you can hear them here.

Guitarist Dean DeLeo spoke to Rolling Stone about the auditions, saying that they knew fairly early on that working with Bennington “was not really allowing us to do all that we would have liked to have been doing.” He went on, “Look, here’s how I look at it: A great singer will carry an average band; a great band won’t carry an average singer. So what we’re looking for is a pretty tall order, man. We’ve had the fortune of playing with some of the greatest and most talented singers out there, Tyler being one of them. Robert, Eric and I know what we want, and… when that person walks into a room, we’ll know.”

DeLeo said he expects the search to last one or two months, and when the replacement is found, they’ll get right into the studio. In fact, the band has already started recording a new album. “We pretty much have a whole album tracked right now,” he said, adding that the new music has “very heavy elements and there’s elements of it being very ethereal.” “As far as other material between the three of us, I would say there’s at least a couple more albums there.”

He also touched on Weiland’s death, saying they’d been out of touch for the last three years, but he still finds the singer’s passing sad. “And when I say it’s sad, I’m not referring to Robert, Eric or I; we were divorced and most likely never going to work with Scott again. What really, really bums me out is we all have kids. He’s not going to see his daughter go to her first dance or his son go to his prom or help him parallel park. That’s what really, really brings me down.”

“I had the luxury and the fortune of making records with one of the greatest singers,” he went on. “My wife is notorious for leaving the radio on in the car; whenever I get in the car lately, there’s an STP song on the radio. And I’m just, “Aww, man.” I’m reminded of him daily and I’m reminded of him at a time when he was vibrant and so full of life and hope, a time when he was electric with creativity and inspiring.”