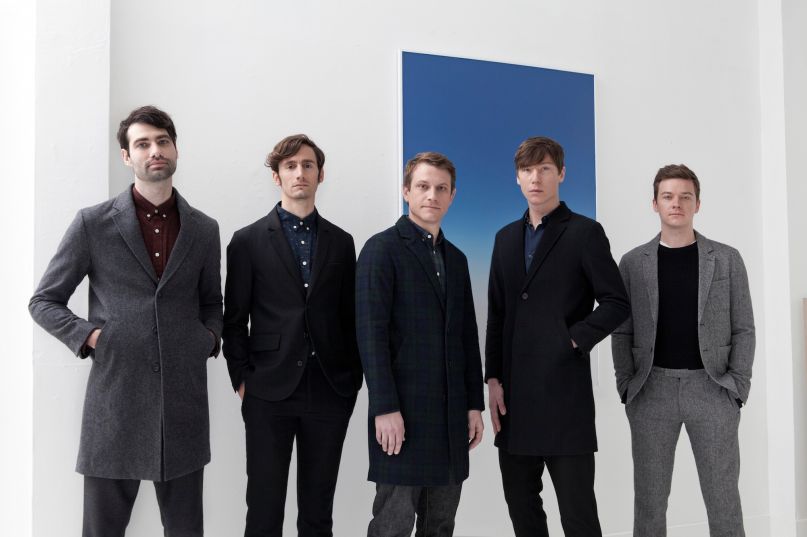 For their forthcoming self-titled album, Seattle’s Hey Marseilles have taken nearly everything they’ve known after 10 years in the biz, stuffed it in a blender and flipped the switch. That’s not to say the indie folk/indie pop earworms that fans have come to know and love are a distant memory — they’ve just been reimagined through a much different lens, with an emphasis on more polished, immediate hooks.

According to the band — singer Matt Bishop, guitarist Nick Ward, keyboardist Philip Kobernik, violist Sam Anderson, violinist Jacob Anderson — it’s a direction that came naturally following 2013’s Lines We Trace and represents something of a rebirth, a reintroduction to the world. A press release notes that Hey Marseilles, its “music and lyrics, is about adventurousness, finding faith in a new path”.

When speaking to Consequence of Sound about the new LP, Bishop seemed aglow, excited to talk about what they consider a pretty momentous accomplishment. “We’re really proud of this record,” he said. “We dismantled previous ideas of what songwriting or production meant for us, and we’re confident we’ve made our best record yet.”

Hey Marseilles weren’t alone in their journey of rediscovery. In fact, much of their evolution was encouraged by Anthony Kilhoffer, a Grammy-winning producer/engineer known for his work with Kanye West, Jay Z, and John Legend. The band wrote alongside him in pre-recording sessions; they all then retreated to Seattle’s Avast and London Bridge Studios to piece together what would eventually become Hey Marseilles. “His MO, as paraphrased by the band: Find the song’s catchiest part. Get there faster. Do it more,” reads an official statement.

Kilhoffer’s suggestions have lead to more than a handful of shining moments throughout the album’s 11 tracks. There’s electropop fervor (“My Heart”), piano-pop charm (“Eyes on You”), and inspiring collaborations (“Perfect OK” featuring Reggie Watts). There’s even a heartfelt cover of David Bowie’s “Heroes”.

Stream the full LP below.