A surf rock album made by a bunch of New Yorkers in the middle of a blizzard. Yep. 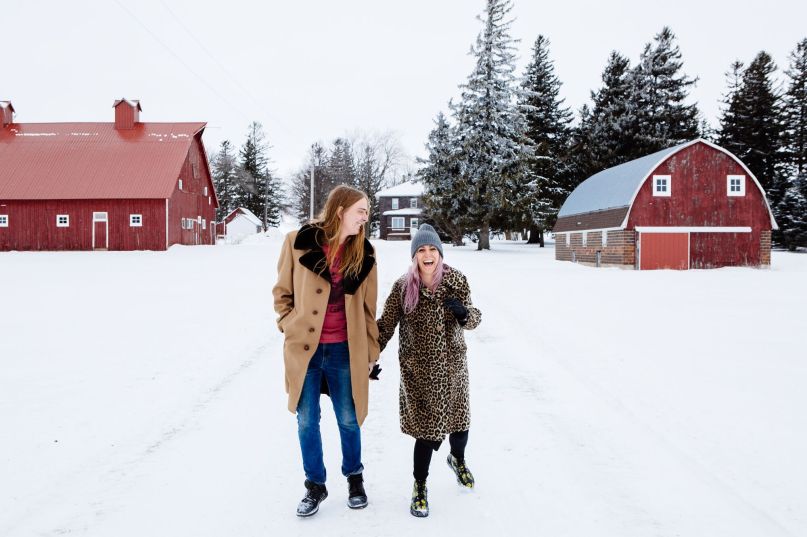 If you think a band from New York City couldn’t possibly know a thing about surf rock, well, you obviously haven’t heard The Ramones (nor have you stumbled into that weird-ass bar in Williamsburg with the sandy floors, but that’s a story for another day). High Waisted take their musical cues and a good chunk of their aesthetic from “Rockaway Beach”, and they don’t seem to give a damn that they don’t live in sunny California. “I wish the Rockaways had bigger waves,” admits frontwoman Jessica Louise Dye, “but I love making surf rock in NYC.” And she should! Especially when it sounds like High Waisted’s debut album, On Ludlow. Each of these 12 tracks is a party unto itself, complete with scuzzy bass, bright vocal harmonies, and enough reverb to fill a decently sized punch bowl.

High Waisted aren’t exactly going for subtlety with song titles like “Shithead” and “Kitchen Safari”, but they do show a surprising bit of range. The arpeggiated chords of opening track “Trust” give way to jammy punk tunes like “Shanghai Spy” and irresistibly doo-wop numbers like “Maybe Baby”. Just like those knee-high waves at Rockaway Beach, each of these songs is similar to but also distinctive from the one that precedes it (see what we did there?).

The best part about On Ludlow? This surfy gem was conceived in the middle of a freaking blizzard. As Louise Dye recounts, “The day we arrived in Woodstock, NY, a huge blizzard buried the town in three feet of snow.” A plow truck was sent to dug them into the old church they were set to record in, but it flipped over on the highway. Hey, whatever works. “The heat was cranked, twinkle lights were strung about, and we dressed in summer clothes. It definitely set the tone for us,” Louise Day explains. “We wanted to make a record that could warm us up on cold winter days.”

Here it is: that record. On Ludlow will be released on March 4th, but we’ve got the full stream for you below.

If you’re in the NYC area, High Waisted will celebrate the album’s release with a show at Mercury Lounge on March 3rd.