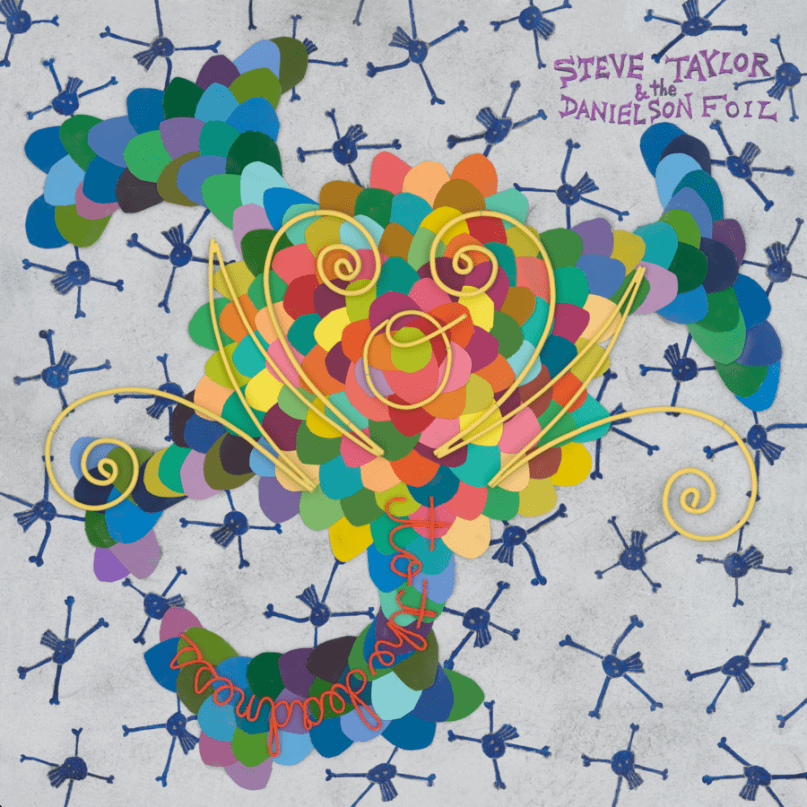 Steve Taylor hadn’t released an album in 11 years prior to forming The Perfect Foil for the release of 2014’s Goliath. While on tour supporting the album, the alternative new wave outfit found themselves openers in the form of Danielson & the Nine-Fruit Tree. When Taylor stopped recording albums in the early ’90s, Danielson was just gaining notoriety for his quirky indie pop songwriting. Though they came from disparate genres, they realized they had undeniable chemistry, and set out to collaborate as Steve Taylor & Danielson Foil.

That’s when they reached out to super producer Steve Albini. Albini had worked with both artists on different projects in the past, but wasn’t prepared for what they brought him as a unit. When their tour came through Chicago, Taylor and Danielson entered the studio to record Wow to the Deadness, a six-song EP full of unexpected structure and raucous breakdowns.

Albini called Danielson’s music “clever and odd… cute in a way” and as charming as Taylor’s, where “the singer is the center of attention… sort [of] like conventional pop music in that regard.” But as Albini told Buddyhead Radio, together, their sound was simply rowdy. “But the two of them writing these songs together and then deciding to make a punk band around it – somehow the synthesis was really natural – [the] record is fucked up and great. THAT RECORD IS. That was out of the blue. I did not expect that kind of music out of them. I certainly didn’t expect it to be as awesome as it was. I was expecting it to be charming or interesting or curious or whatever but it ended up being really raucous and really great.”

Don’t take one of the greatest producers of all time’s word for it, though. Ahead of the February 5th release of Wow to the Deadness, the entire EP is streaming in full below.