UK noise rockers return with their third full-length to date 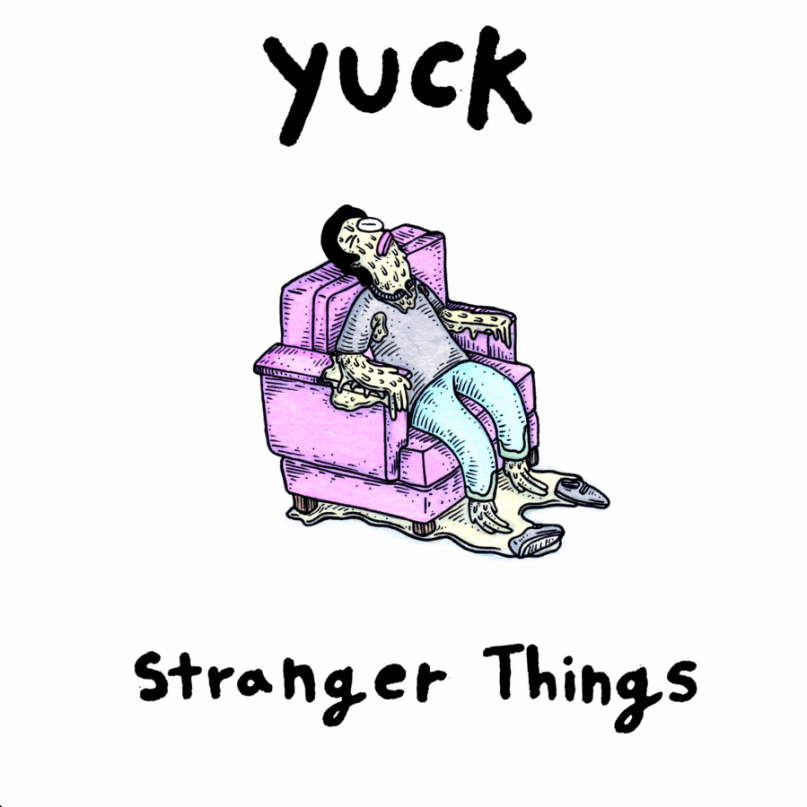 On February 26th, Yuck will put out their new album, Stranger Things, through Mamé Records. In anticipation, the LP is streaming in its entirety below courtesy of NPR.com.

Self-produced by the UK noise rockers themselves, the 11-track collection follows 2014’s Southern Skies EP and 2013’s Glow & Behold full-length. It was recorded over the course of a couple months at frontman Max Bloom’s parents’ London home.

Bloom discussed the latter’s backstory in a press release, saying:

“’Hearts In Motion’ is a song about how we deal with relationships. We’re all just blasting through space on a huge rock, so what’s the point in maintaining a relationship? Is it all just doomed to failure, or is it the one thing that we should be holding on to the most in this world? Who knows!”

Stranger Things is preceded by the songs “Hold Me Closer”, “Cannonball”, and “Hearts in Motion”.

Pre-order a copy of the album here.