From "Space Oddity" to "Ashes to Ashes", Wayne Coyne and co. deliver a set of Bowie classics 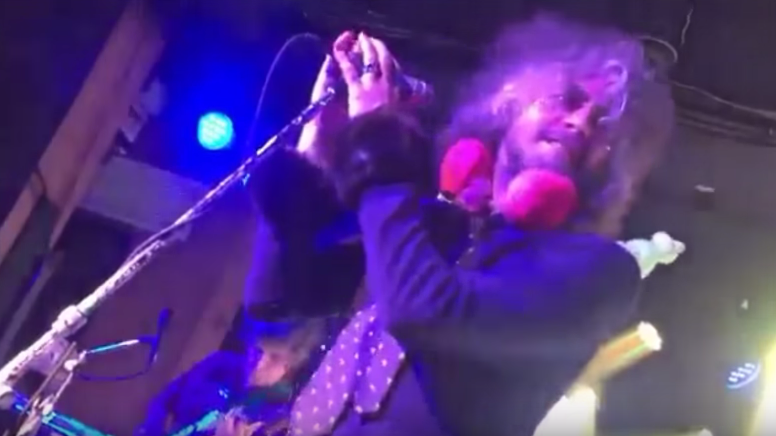 The Flaming Lips have a long history of David Bowie covers, with tracks like “Heroes” and “Life on Mars” popping up in performances throughout their career. At a concert Friday evening at Aspen’s Belly Up, they pulled out all the stops with an eight-song set in tribute to the late Thin White Duke.

According to The Future Heart, the performance marked the Lips’ live debut of “Space Oddity”, “Ziggy Stardust”, “Fame”, “Golden Years”, and “Ashes to Ashes”. They also played “Life on Mars”, and dug “The Man Who Sold the World” and “Five Years” out of their bag of tricks for the first time since the early ’90s.

Below, watch a video of the 40-minute covers set, plus peep the poster and setlist via Future Heart.