Someone forgot to tell Ty it's not Halloween 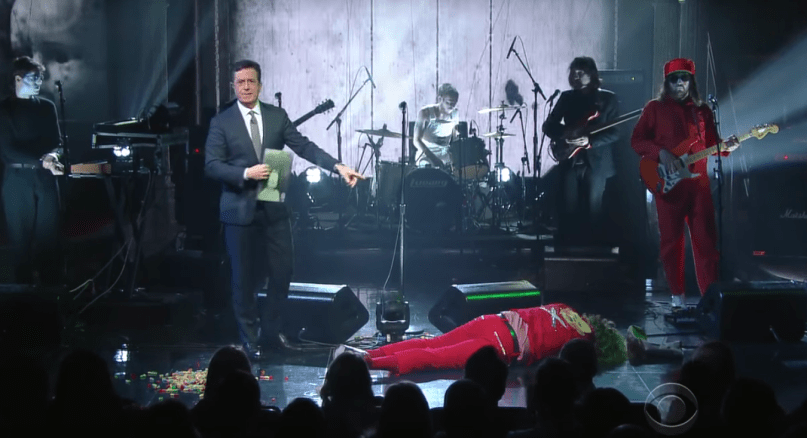 In January, Ty Segall released Emotional Mugger, his eighth studio album under his own name. Last night, the prolific garage rocker swung by the Late Show for his first late-night appearance in support of the LP. His faced covered in face paint, the eery album artwork projected in the background,  Segall and his band the Muggers delivered a fiery rendition of the track “Candy Sam”. Near the end of the performance, Segall began handing out actual candy to the audience before ultimately collapsing to the ground. It was all pretty wild to say the least.

Segall is currently touring the US behind Emotional Mugger; find his itinerary here.