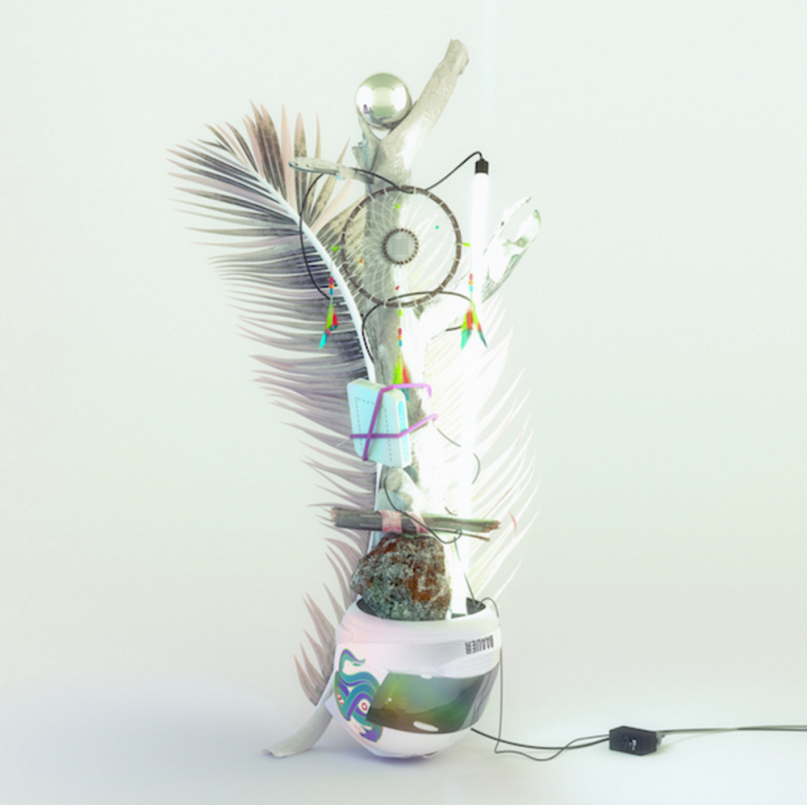 Spending much of his adolescence in Germany and the UK, the young Harry Bauer Rodrigues, aka Baauer, was exposed to the amorphous realms of sound system culture. First established in Kingston in the early 1950s, the massive stacks quickly made it to London thanks to the efforts of “Duke” Vincent Forbes. By the late 1970s and ‘80s, after reggae and dub had invaded the UK, a new bass quake started to dominate these underground parties: jungle, dubstep, grime, and dozens of other splintered bass genres all evolving from this community-based culture. Flash forward some 30 years, and a similar dance music explosion was happening stateside. Baauer’s 2012 viral sensation, “Harlem Shake”, epitomized the rapid push of club music into the mainstream dialogue.

Unfortunately for the producer, it was easy to (unfairly) attach the disastrous “one-hit wonder” tag to an artist who had been honing his craft since the age of 13. Aa, Baauer’s debut full-length, is the collection of ideas and experiences afforded by that celebrity and the subsequent bookings from all over the globe. Along with financing immersive international experiences, Rodrigues solidified his collaborative network, enlisting Novelist, M.I.A., Future, and fellow LuckyMe signee Rustie for his first record.

Distancing himself from the gimmicks associated with “Harlem Shake”, Baauer spends the first third of the record solo, waiting to introduce his star-studded list of friends. In vast contrast to the hysterics of that single, Aa commences with the inspired interplay between NASA recordings, tribal drums, and faint seaside atmospherics. The appropriately titled “Church” establishes a fresh compass, jettisoning the static “trap” artist tags. Similar to Rustie’s 2015 EVENIFUDONTBELIEVE, Aa focuses on analog instrumentation throughout. “Pinku” sounds like the AM radio dial somehow got stuck between some distant Japanese news station and a contemporary R&B channel, Rodrigues keeping the affair infectiously funky. In an era when Rihanna has embraced her Barbadian-accent and Beliebers are swooning to dancehall, the trio of M.I.A., G-Dragon, and Baauer unite on “Temple” to push the cross-over sound into a highly textured, unexpectedly emotional direction. The vocal pairing jumps into a mix of traditional Chinese strings, distorted water fowl, and a rotund 808 bass line.

These tracks, along with the sensual garage eloquence of “Way From Me” (feat. Tirzah), all rest on the modest side of the sound system spectrum. It’s the title cut’s beautifully chaotic train wreck of electro reflected against dusk’s natural harmonies, the raw bass of “Sow”, deep synth cuts across “GoGo!”, and the incendiary charge of Novelist and Leikeli47 during “Day Ones” that rattle rib cages. While Baauer at one time was more critical of the success of “Harlem Shake”, he has littered a few bangers within Aa. “Make It Bang” (feat. TT the Artist) is already an early favorite for twerk anthem of the year and “Kung Fu” highlights Future’s incoherent flow and swerve-along hooks: “Whip it up!” The narrative is split with Pusha T, who offers a more intelligible version of the eternal hustle.

Rodrigues is succeeding in a saturated industry through a shared community ethos. It was Thomas Pentz, better known as Diplo and one-third of Major Lazer (and obvious dancehall/sound system fanboy), that initially helped amplify the “Harlem Shake” and Baauer into celebrity status. By maintaining his connection to LuckyMe (who signed Rodrigues before the meme blew up in early 2013), the Brooklyn transplant can continue on new artistic pursuits without the pressures of major label financial obligations and strict deadlines. Already with a massive following, this expansion of Baauer’s palette sets a new pace for bass.