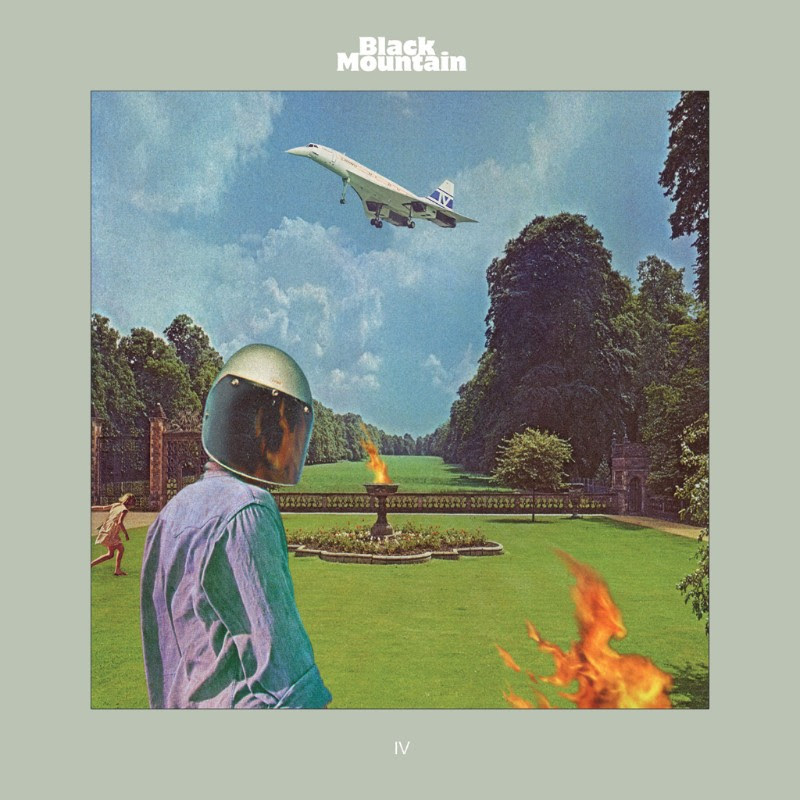 Black Mountain’s newest album, the aptly (and Black Sabbath-­y) titled IV, starts exactly as it should: an eight-minute-long, wandering, twisting jam that builds from a single, repeated note. This is, of course, the Vancouver­based band’s fourth album, and their first since 2010’s Wilderness Heart. While that record was by no means bad, it was the weakest in their catalog. Their 2005 self­-titled debut will likely never be topped in terms of the band’s cohesion and creativity: It’s a gritty, barebones record with fabulous, tight songs that stick in your brain for days. Then, on 2008’s In the Future, the band explored the deeper creases of their sound, and their experiments expanded onto a double ­LP of fuzz and fury.

But with the very first song of Wilderness Heart, it was clear that something had turned sour. Stephen McBean and co. were exploring once more, but not into the halls of Blue Cheer and Hawkwind, but rather the poppier side of that ’70s sound. They had dropped in not far from the likes of Cage the Elephant and equally as drab radio rockers. And while that album reaches some seriously great heights, I’ll rarely put it on my turntable, opting for one of their more consistent records.

So when I say that “Mothers of the Sun” starts the band’s latest album off exactly as it should, I mean that it signals a return. This new album’s opener unfurls the band’s wings again as they soar into the weird and wondrous. What follows is probably Black Mountain’s most experimental record, a record full of sparse, moody arrangements that lean heavily on the the band’s burgeoning love of synths. An instrument that was always hanging in the background of their earlier records, the spacey sounds of swirling keys now take the driver’s seat on many of the songs, droning through long passages in “(Over and Over) the Chain” or moonwalking under “Defector”. It’s an interesting new wrinkle, the group’s sound now skewing closer to middle­ era Pink Floyd than the “Stones­ introduced­ to­ Sabbath­ by ­Grace­ Slick” vibe of their earliest work. Just as Sabbath’s Vol. 4 was the band’s most interesting and exploratory work, Black Mountain’s IV is too a watermark for the band.

These tracks will allow them to stretch their muscles live and give the listener something serious to chew on in between rock and rollers like “No Satisfaction” and “Modern Music”. The songs on IV are massive, cosmic things, beautiful in their own right, even if the synths can occasionally sound a little cheesy. That cheese is the drawback of leaning so heavily on an instrument with such an established connotation. Bands like Black Mountain sound purposely dated­­ — they’re referencing music that is long gone from the world of popular culture and they’re doing so in a self­-aware manner. But when you flirt as intimately with the past as they do, you run the risk of that self-awareness dipping into silliness.

“Constellations” is guiltiest of this crime, with its KISS cock­-rock groove adding to the cheesy Rush­-like keys. But then there are also songs like “Cemetery Breeding” that call up visions of Echo & the Bunnymen or New Order in their warbling, darkly despairing use of the instrument, or the meditative pair of album closers “Crucify Me” and “Space to Bakersfield” that capitalize on the band’s newfound ability to lean back and stare at the stars with long, expressive chord changes and swells of atmospheric drones. So, call any of the weirder moments growing pains as the band gets comfortable in their new, infinitely more astral body.

Essential Tracks: “Mothers of the Sun”, “Cemetery Breeding”, and “Over and Over (The Chain)”